Steve Evans set to make changes for the trip to Championship side.

Manager Steve Evans confirmed that there will be changes for Wednesday’s cup fixture. Zech Medley, Henry Woods, John Akinde, Matty Willock and Robbie McKenzie will all be pushing for starts having been on the bench for Saturday’s win at Wigan. Alex MacDonald will also be available after missing Saturday through illness.

New signing Dominic Samuel could feature having signed for the club on Monday.

Stoke have no new injury worries but are also expected to make several changes ahead of Wednesday’s game. The likes of Josh Tymon, Sam Vokes, Harry Souttar and James McClean will all be in line to start.

Steve Evans - “We will make changes. That’s the thought process. I chatted with the staff on the way home from Wigan and will plan ahead.

“It’s a fantastic stadium and a fantastic football club. When I get there and it kicks off at seven o’clock you’ll hear me ranting, raving and pulling for decisions because I will want to win.”

Michael O’Neill - “We will pick a team that we think can win the game, that’s the most important thing, and utilise the squad as we feel is appropriate.

“When you come off the back of a defeat as we had on Sunday, you want to try to correct that and there are opportunities to address things on Sunday which we were disappointed with.”

The sides last met in the FA Cup eight years ago when The Potters were a Premier League side. Despite Danny Kedwell giving Gills the lead, Stoke scored three unanswered goals to advance in the tie.

The most memorable game at the bet365 Stadium came in 2000 during the old Division Two play-off semi-final. With the Gills 3-1 down in stoppage time, Andy Hessenthaler fired a shot from distance into the top corner. The Gills would go on to win the second leg and win promotion at Wembley.

All UK subscribers can watch Wednesday's game for a one-off fee of £10! Click here to purchase your match pass. 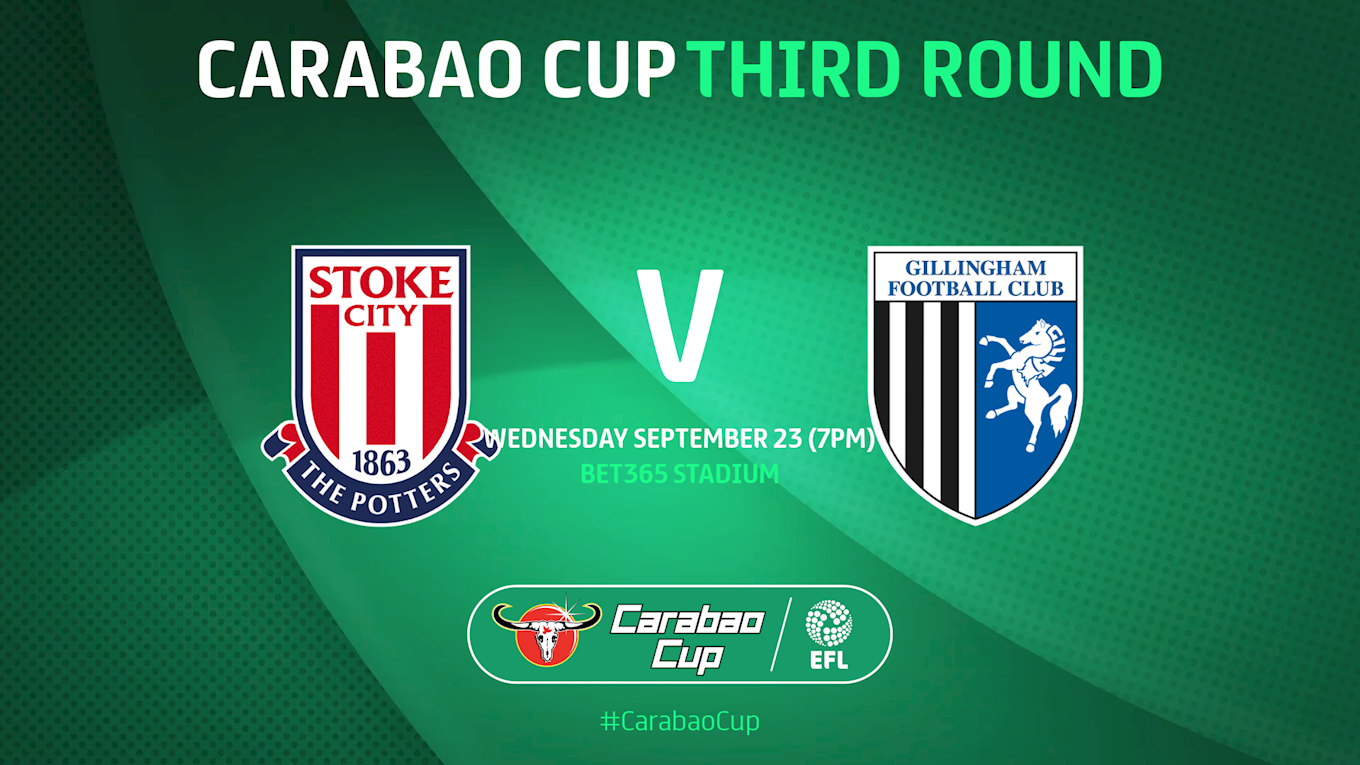