Striker among the nominees for PFA award.

Gills striker Vadaine Oliver has been nominated for the PFA Fans' Player of the Month award for March.

The forward, who was recently voted the Sky Bet League 1 Player of the Month, scored eight times in eight games during the four-and-a-half week period, with his goal against Wigan in a 1-0 home win temporarily putting Gills into the play-off positions. 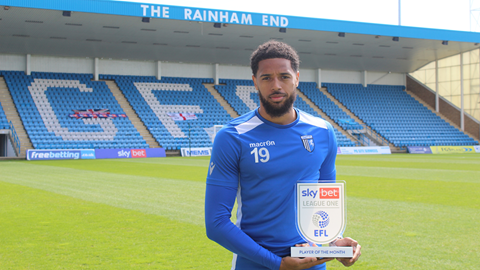 He also scored twice against both Ipswich Town and Swindon respectively.

The PFA award, voted for by supporters and sponsored by Bristol Street Motors, is open from 11am on April 12, but closes at 8am on April 13.

If you are to vote, look sharp, as you only have until 8am on April 13!