Vadaine Oliver is set to be available for selection against his former side on Saturday.

Steve Evans confirmed that Vadaine Oliver will be available for selection this weekend. There are no new injury worries heading into the game, so Gills could remain unchanged for the second successive fixture.

After scoring twice in midweek, Northampton loanee Peter Kioso is a doubt for Saturday’s visit to the MEMS Priestfield Stadium as his groin injury continues to cause him problems.

Caleb Chukwuemeka could make his third start for the Cobblers as he continues to impress Jon Brady. Saturday’s opponents are expected to make minimal changes after their big midweek win over Ipswich Town.

Steve Evans - “We’re going to have to produce another big performance because Northampton Town are fighting for their lives.

“They gave us a drubbing earlier in the season, and I watched them be very unlucky last Friday at Peterborough. We will have to be at our best on Saturday.”

Ryan Jackson - “Saturday will be another tough one. They’ve just come off a good result, so we need to be at it on Saturday.”

Jon Brady - “A win for us at Gillingham and favourable results elsewhere and we are a point off safety and then the pressure really goes on the other teams. That is all we can try and do.

“We showed on Tuesday night that there is a lot of fight left in this camp and if we can turn this around it will be one of the biggest achievements in the careers of these players.

Gillingham’s last win over Northampton Town came in February 2018. Goals in the opening 18 minutes from Josh Parker and Tom Eaves put the Gills 2-0 up. Ash Taylor scored in the second half, but Northampton were unable to find an equaliser.

The last home win against the Cobblers was in November 2016 under the late Justin Edinburgh. John-Joe O’Toole had given Northampton the lead, but Max Ehmer equalised shortly after half-time. Jay Emmanuel-Thomas scored a 90th minute winner to earn a huge three points.

Northampton lead the head-to-head with 53 wins to Gillingham’s 41, and there have also been 19 draws in the fixture. 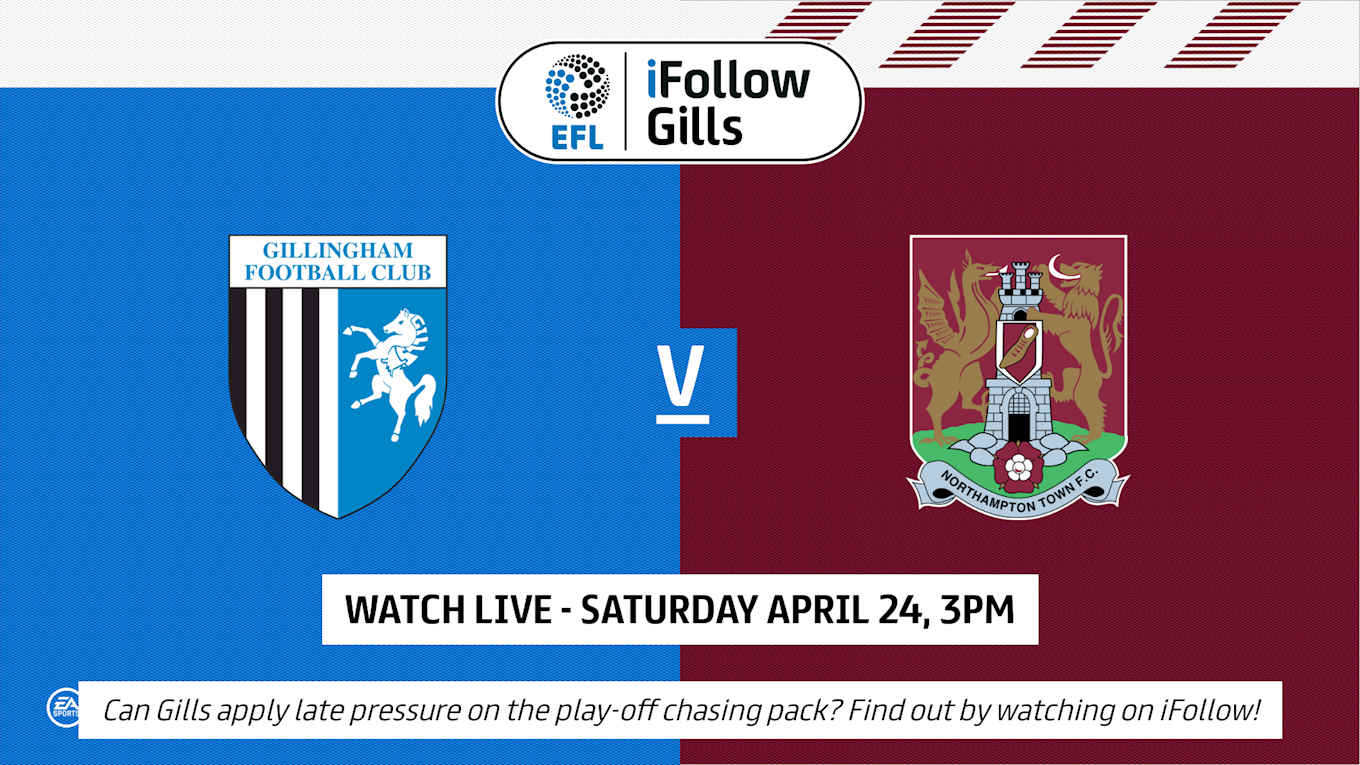