Gills and Northampton take a point each following 2-2 draw at ME7.

A late Northampton comeback denied Gills all three points as they drew 2-2 at the MEMS Priestfield Stadium on Saturday afternoon.

Vadaine Oliver had given Gills the lead against his former side. Olly Lee’s corner was flicked on by Robbie Cundy, and Oliver was on hand to smash it home from close range.

Lee put the Gills 2-0 up in the 68th minute as his powerful low effort had enough on it to beat Jonathan Mitchell low into his right corner.

Sub Ryan Edmondson got Northampton back into it ten minutes later as his effort from close range ended up in the bottom corner.

Fraser Horsfall grabbed the equaliser four minutes later as his header from a Mark Marshall corner found the back of the net.

Steve Evans made two changes to the starting XI that beat Peterborough in midweek. Dominic Samuel made his first start of 2021, and Vadaine Oliver shook off his groin injury to take his place up front. Jordan Graham dropped to the bench whilst John Akinde missed out. Both suffered from sickness bugs during the week.

Olly Lee had a huge chance in the sixth minute. Northampton were unable to clear their lines, and the ball fell as far as the on-loan Hearts midfielder. Lee tried his luck with a side-footed effort, which was blocked by a brave Lloyd Jones. There were big claims for a handball, but the referee waved away the claims.

Lee almost scored from a corner five minutes later. His inswinging effort towards the back post panicked Jonathan Mitchell as he was forced to push it out for another corner.

Oliver gave Gills the lead moments later. Lee’s ball was flicked on by Robbie Cundy, and the striker was on hand to smash the loose ball into the roof of the net, giving Mitchell no chance.

Samuel came close to making it two. Kyle Dempsey’s cross was blocked by a Northampton defender, and Samuel was on hand to win it off him. He cut inside onto his left foot and shot. His effort destined for the bottom corner was denied by a brilliant save from Mitchell.

Dempsey was next to test the opposing keeper. He picked the ball up 25 yards from the goal and cut inside to create space. The skipper unleashed a powerful effort which forced a big palm away by Mitchell to deny Gills a second.

Alex Jones missed a guilt-edged chance in the 25th minute. Jack Tucker’s back pass was under-hit, and Jones latched onto it. Jack Bonham came to close him down, but Jones still had the entire goal at his mercy. Fortunately, he missed the target as he curled it over the bar.

Mickel Miller forced Bonham into an acrobatic save in the 36th minute. The ball was cleared as far as the forward who cut in on his left foot. Miller’s effort was a strong one which forced a strong save from Bonham to deny him.

Sam Hoskins was the next to come close for the visitors. Northampton hit Gills on the counter-attack, and Hoskins received the ball. He had the option of an overlapping run but decided to shoot. His effort went just wide of the post as Bonham was left untroubled.

Oliver nearly bagged his second in the 43rd minute. The chance all came from Ryan Jackson's brilliant run. The right-back did well to not only beat Shaun McWilliams once, but twice. His two nutmegs allowed him space down the right-wing to swing a cross towards the head of Oliver. Unfortunately, the Gills striker put it just wide of the post.

Cundy had the first chance of the second half, in the 57th minute. Lee curled a free-kick towards the six-yard box, and it was the centre-back who jumped highest. However, his header across goal went just wide of the far post.

Bonham did brilliantly to maintain Gillingham’s lead in the 60th minute. Hoskins’ cross met the head of substitute Ryan Edmondson, who was denied courtesy of a brilliant save from the Gills keeper.

Lee put the Gills two goals in front in the 68th minute. Jackson’s ball forward hit the midfielder's chest, and his smart turn let him drive towards the area. As he entered, Lee drilled a fierce shot across goal that gave Mitchell no chance, and the ball nestled into the bottom corner.

Cundy did brilliantly denying former Gills winger Mark Marshall moments later. Marshall, on as a sub, got the ball on the edge of the area and switched to his left foot. He curled a shot towards the top corner, which looked destined to go in. However, Cundy was on the line to head it away from danger.

Oliver had a great chance for his second shortly after. Gills were pressing Northampton high up the pitch and forced an under-hit back pass. Oliver intercepted the loose ball, but his shot was saved by Mitchell.

In the 79th minute, Edmondson got Northampton back in the game. A hopeful ball into the box found the forward in space who drilled it past Bonham and into the bottom corner.

Fraser Horsfall got Northampton back on level terms just four minutes later. Marshall’s corner was met by the oncoming header of the powerful defender, and he nodded it into the back of the net.

Alex MacDonald almost found an immediate response. His shot from the edge of the area was tipped over the bar by an acrobatic Mitchell.

Samuel came inches away from scoring in the 86th minute. Gills hit the visitors on the counter-attack, and he was played in on the edge of the area. Samuel cut inside and curled his shot towards the far post, but it hit the inside of the woodwork and bounced away as the visitors had a major let off. 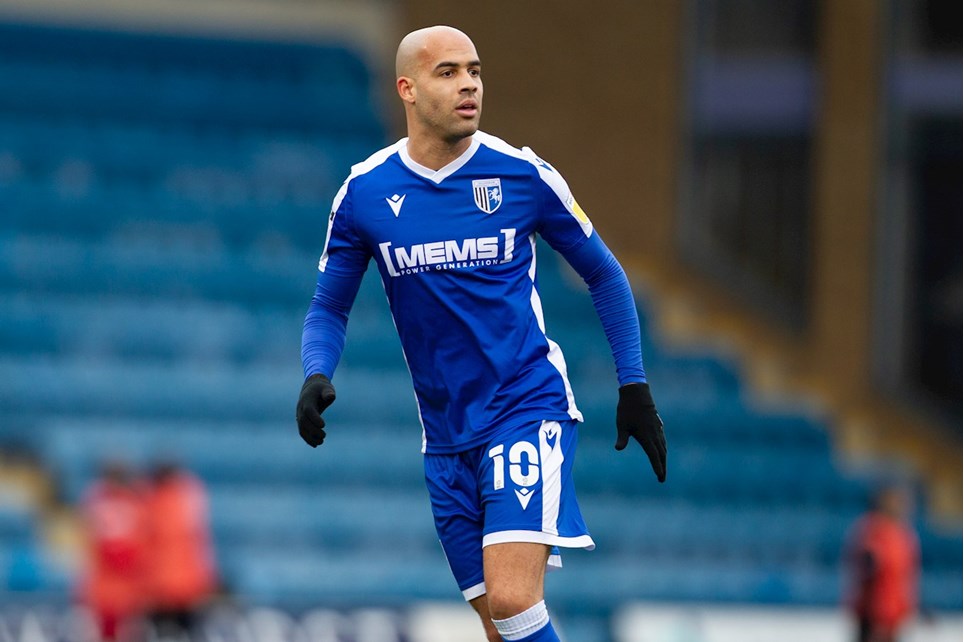 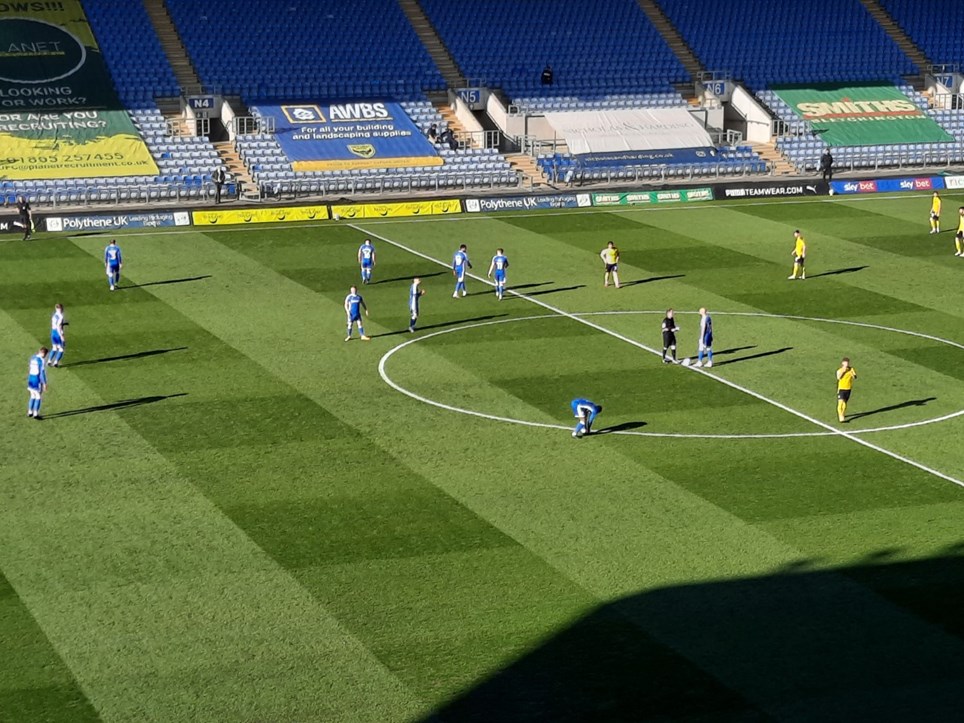