Stream this Saturday's big game at the Kassam for just £10!

With just five games left to play for the Gills in the 2020/21 Sky Bet League 1 season, Steve Evans' men firmly remain in the hunt for a top six play-off place, but a result at the Kassam will be required to keep hopes alive.

The Gills boss believes his side need to win four of their remaining five games to be in with a chance of being involved in May's play-offs, but is fully aware of the test Oxford will provide.

He said: "We will approach the game in the same fashion as any other. We will have a plan and we know we will need to be at our best to get something from Oxford who have an outstanding squad in place."

Karl Robinson's side, following Tuesday's win over Shrewsbury, are currently seventh in the table, three points shy of the top six, but only three points ahead of the Gills, who won the reverse fixture 3-1 earlier in the campaign.

It's a big game in the context of the promotion race, and you can see for yourselves if the Gills can clinch, what would be, a huge victory as we approach the final three weeks of the season.

iFollow will be streaming the game for a one-off price of £10, with match commentary coming from the team at BBC Radio Kent. Please remember that the match will kick-off at 5.30pm, so not to clash with the funeral of HRH The Prince Philip, Duke of Edinburgh, who sadly passed away last Friday at the age of 99.

To purchase your video pass, click here, or via the below graphic. 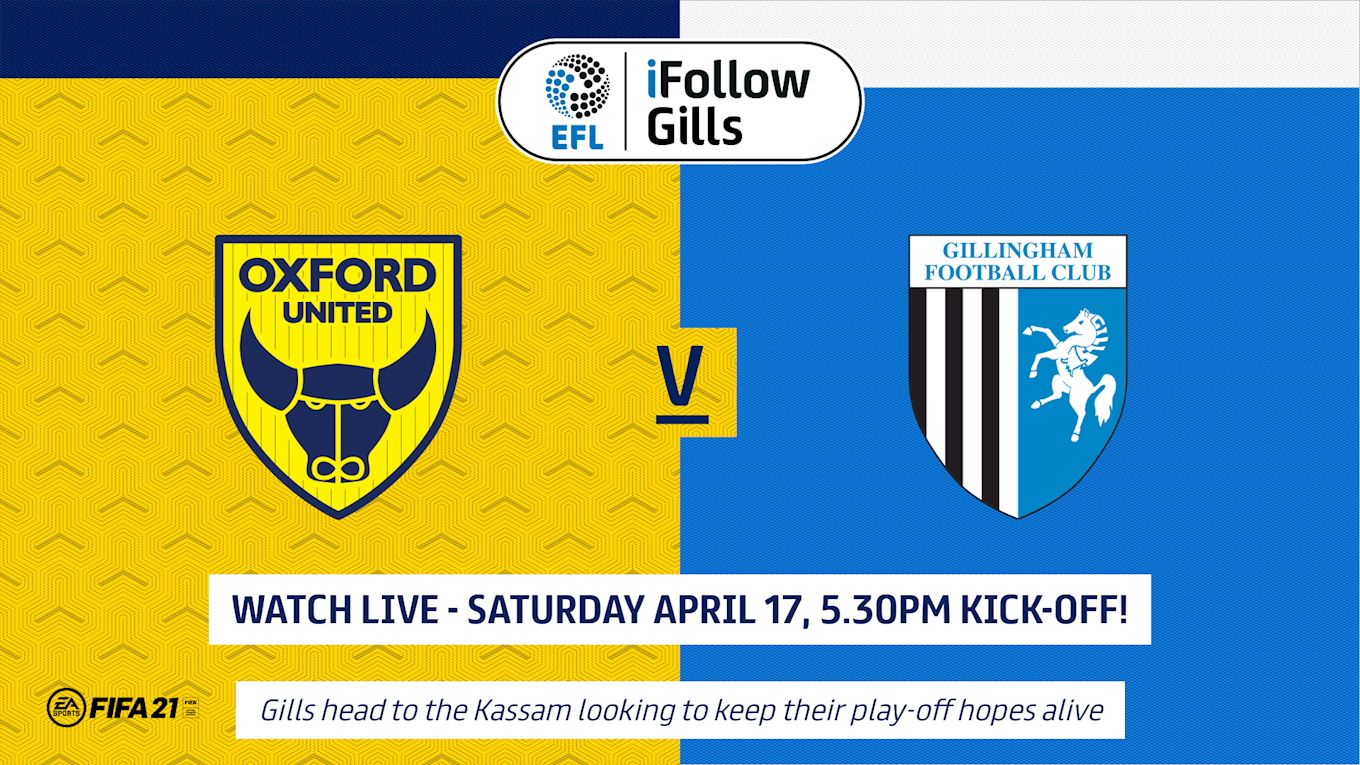