Paul Raynor took to Zoom on Thursday to address the local media ahead of Saturday's early kick-off.

However, he and Steve Evans took the opportunity on Thursday to turn it into a positive by meeting with the first-team squad to go over the goals conceded.

Raynor said: “It was obviously a little bit disappointing in the second half, but we had a meeting with the boys today [Thursday]. We spoke about individual errors and how we needed to cut those out, and it was a positive meeting.

“There were plenty of positives from our first-half performance, but unfortunately, as we said to the boys today, the better teams can punish you.”

Following the meeting, Raynor knew that they needed to be proactive as a management staff to rectify the mistakes.

The Gills have a young squad and Raynor said it's important players are shown any errors made, in order to try and learn from them.

Raynor stated: “You need to teach them, tell them what they should have done, show them it, and that’s important. You need to show them the mistakes.

“We went through all the goals, but we usually do anyway. However, they were disappointing goals to concede, so we analysed them all.

“We told them what we thought and how they could have done better, and hopefully they’ve taken it on board.”

Despite the second-half frustration on Tuesday night, Raynor knows that they cannot dwell on it.

There were plenty of positives from the first half against Peterborough and the club’s second-ever win at The Valley that they will need to take into Saturday’s game against Bristol Rovers.

He said: “I think we have to talk about the positives and the negatives. We need to make sure we don’t show the defensive frailties, but we also have to take the positives from what was a fantastic performance away at Charlton, which is a very difficult place to get a result.

Bristol Rovers come into Saturday’s game after an impressive 3-1 win over Portsmouth on Tuesday night.

Despite being managerless, they had interim-manager Tommy Widdrington in charge on Tuesday night. However, Raynor admitted that will not change their approach to the game.

He said: “You still have to do your work and your analysis. We’ve watched the game through on Wednesday against Portsmouth, and we’ve watched it again as a staff today.

“We've highlighted areas we can exploit and some areas we need to be wary of. We’ve done our homework, and we know what Tommy is going to do.

“There won’t be too many changes after a brilliant result against Portsmouth.”

There were a few knocks from the game on Tuesday, which may carry over into Saturday’s game.

However, Raynor is hopeful that they will have a clear idea of who will be available come Friday.

Raynor said: “We’ve got a few little niggles and knocks, and that’s to be expected, after a midweek game. The boys have done a little bit of work ready for the game at the weekend, and we’ll have another look in the morning before we reassess and select a team ready for training.”

One player that will be looking to remain in the starting XI on Saturday is John Akinde.

The striker has played well over the last few games, and Raynor has challenged the striker to continue that form to become a mainstay in the starting 11.

Raynor claimed: “John’s always got that in the locker, and he just needs to bring it to the table more often. It’s in there, and we’ve just got to get it out of him a bit more.

“We’ve been delighted with him for the last two or three games. Hence why he’s started. That’s the thing John needs to do to ensure he’s in the team for a lot more games.” 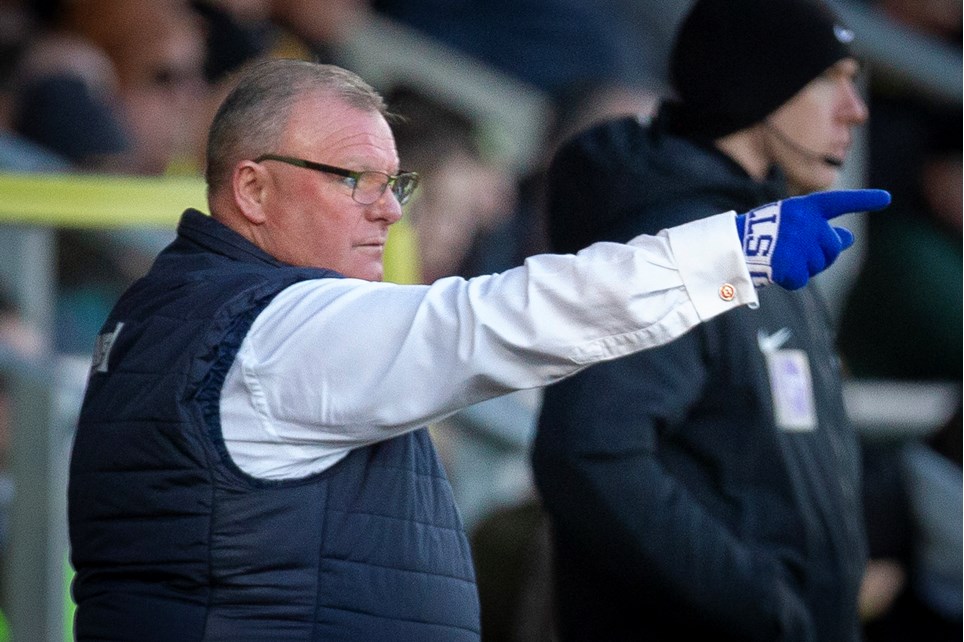