On-loan Bristol City man ready for the challenges in League 1.

“Football can change in the blink of an eye,” observed Gillingham’s newest-recruit Robbie Cundy, who arrived on loan for the remainder of the season at MEMS Priestfield Stadium earlier in the week. The Bristol City player was recalled from Cambridge United on a Monday before transferring to ME7 and making his debut for the Gills on Tuesday, and it was some debut! 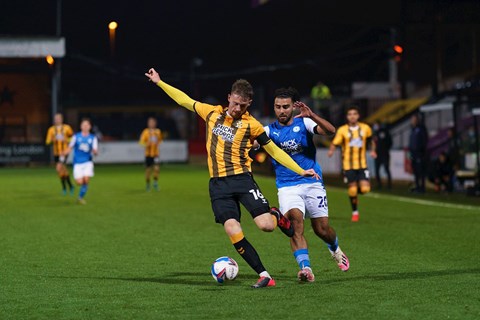 The 23-year-old defender put in a colossal performance in what proved to be Gillingham’s finest display of the season, a 4-1 win over in-form Crewe.

Cundy, speaking exclusively to the club website, said: “On Saturday, after playing for Cambridge, my agent phoned me up in the evening and said there could be a possibility of coming to Gillingham on loan.

The 6ft 2in centre-back was delighted with how his debut went and is hoping that it is a sign of what can be achieved as Gillingham attempt to climb the Sky Bet League One table.

He said: “As a defender you want to get a clean sheet, that’s the main target and I’m disappointed we couldn’t get that, but on the reverse side we won 4-1. It was a good debut for me. I thought I did well. 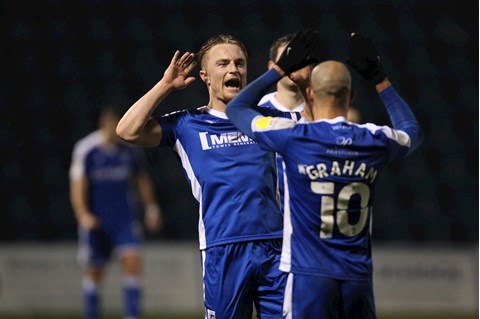 “We have a lot of attacking presence, I saw it on Tuesday and in training. We have to base it on a clean sheet and go from there. Hopefully, the attacking players can do the rest and we’ll do well this season.”

Next stop for the young defender is a visit to The Stadium of Light to take on big-hitters Sunderland, not that Cundy is not daunted by the task.

He said: “I’ve never played at The Stadium of Light, but I’m very excited to go there. It’s a big stadium and they are a big team. I’m looking forward to it; hopefully we can go there and get a result.”