Steve Evans takes his Gills squad to an in-form Accrington side with a couple of new faces fighting for a starting place.

Steve Evans will be forced into at least two changes with Scott Robertson and Declan Drysdale having both returned to their parent clubs during the week.

Southampton loanee Callum Slattery could come straight into the starting 11, while Olly Lee is also in contention having joined from Hearts on Friday afternoon.

Stuart O’Keefe should be involved with the matchday squad again; Jacob Mellis and Henry Woods will be hopeful of being fit enough to travel.

John Coleman made 10 changes for the midweek Papa John's Trophy defeat to Lincoln, so he is likely to ring the changes again.

Loanee Tommy Allan has returned to Newcastle after his loan spell finished and Mo Sangare will miss the game through injury.

Matt Butcher could miss Saturday’s game as he picked up a knock midweek and defender Ross Sykes could start.

Steve Evans - "From our point of view we need to start the game well and see that through. It is important we start well because as we all know Accrington Stanley have an excellent home record and it is a difficult place to go. We need to produce a big performance.” 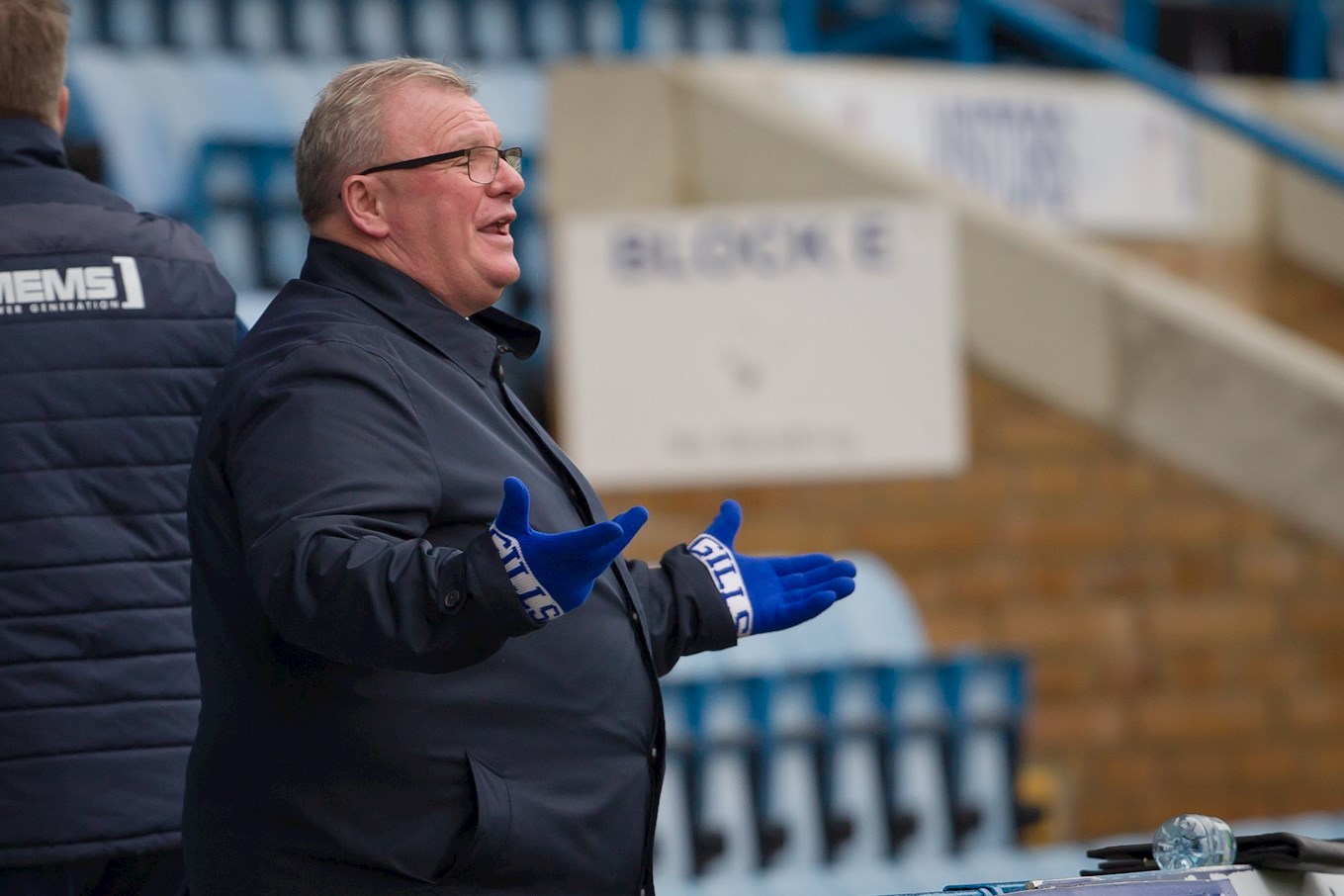 Connor Ogilvie - “It can only take three or four good results and we’re right back in the mix of it.

“We need to work hard and get those results, and if we do, we will be back there looking upwards in the next few weeks.

“We need to impose our game, and take our chances when they come. Hopefully down my end we can get a clean sheet and get a result.” 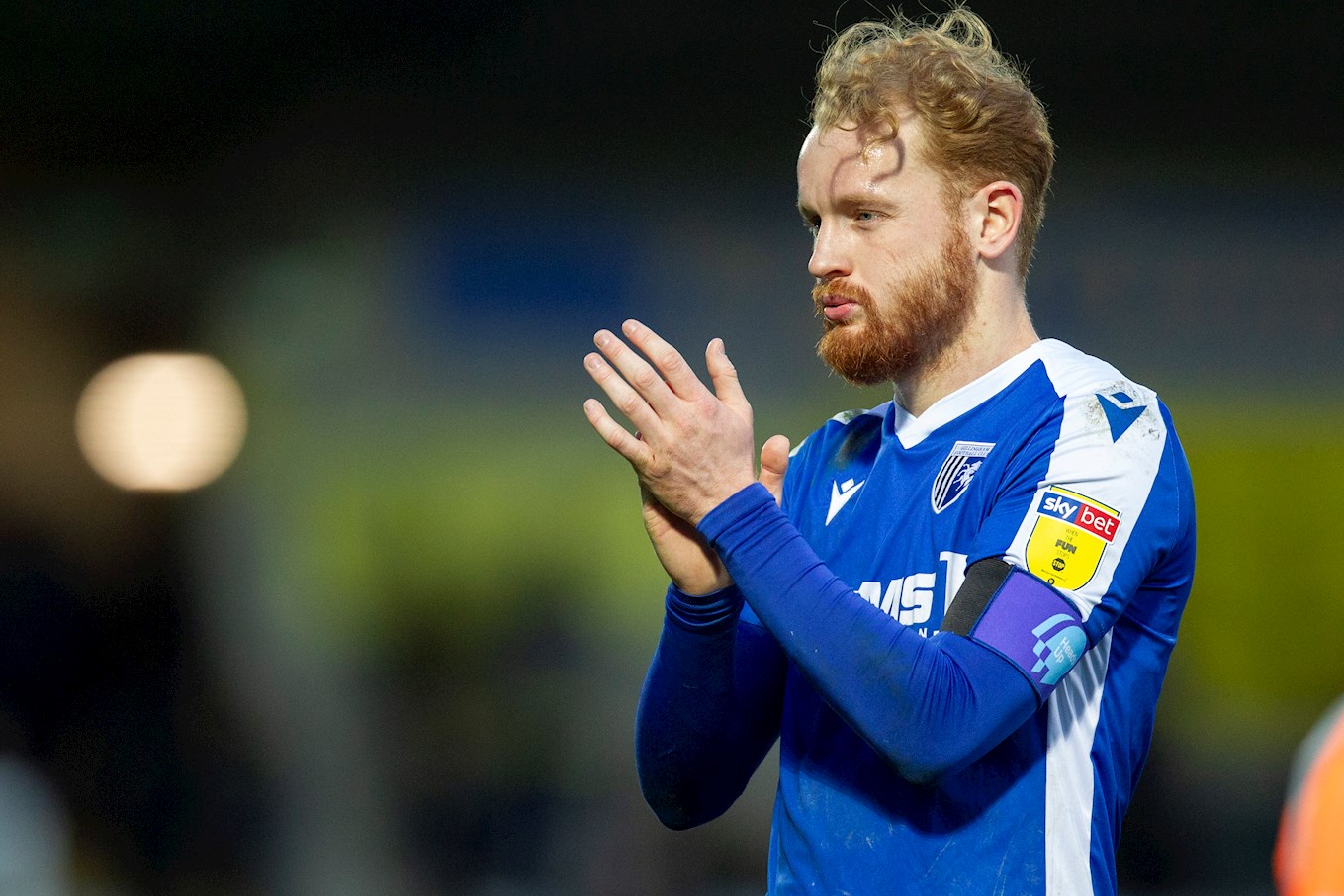 John Coleman - “Steve Evans is passionate about the game and wants to win, he has been successful in his career.

“Our win in December, that will be fresh in their minds and they did come on strong in the second half so we know they pose a threat.

“We have got to try and keep on improving. The minute you step back and start smelling yourself and think you have arrived you can fall flat on your face.”

Gills last played at the Crown Ground during October of the 2019/20 season. Regan Charles-Cook scored the only goal of the day to secure a 1-0 victory for Steve Evans’ side.

Gillingham have not lost at Accrington in ten years, the last defeat coming during the 2011/12 season. Andy Hessenthaler’s side lost 4-3 on that day with a late brace from Gavin Tomlin not enough to secure a draw.

All UK subscribers can watch Saturday’s game for a one-off fee of £10! Click the below image to purchase your match pass. Please be aware that you will notice a change in your commentary team for Saturday's game.

BBC Radio Lancashire will be providing the audio on this occasion, or you can choose the ambient stadium noise. Click here, or on the below graphic, to purchase. 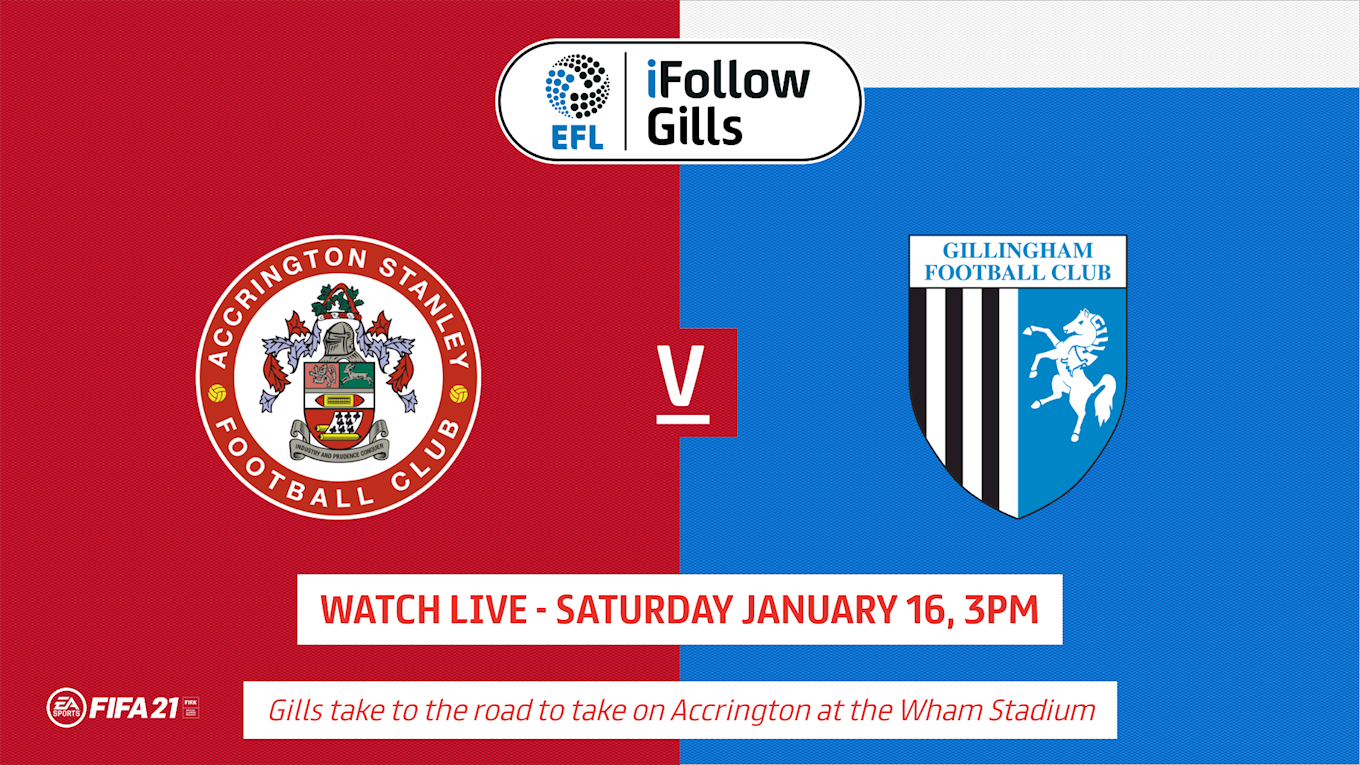