Joe Walsh has signed for Championship club Queens Park Rangers on a three-and-a-half year deal for an undisclosed fee.

The 18-year-old, who first joined the Gills as an U11, agreed terms on Thursday and has put pen to paper on a deal that keeps him at Loftus Road until the summer of 2024.

Joe was brought into the first-team environment by Steve Evans when he joined Gills as manager in 2019, having already signed a three-year professional contract.

He has made eight first-team appearances over the last 18 months, making his professional debut in an EFL Trophy tie against Colchester United at MEMS Priestfield Stadium in September 2019.

His first outing in Sky Bet League 1 came earlier this season when he came on as a first half substitute in place of Jack Bonham against Ipswich Town at Portman Road in late October.

He has had a taste of international training camps too, having been called up to the England U16 and U18 camps.

Walsh will team up at QPR with fellow keeper Joe Lumley, who spent a short time at MEMS Priestfield Stadium earlier in the campaign while on emergency loan. 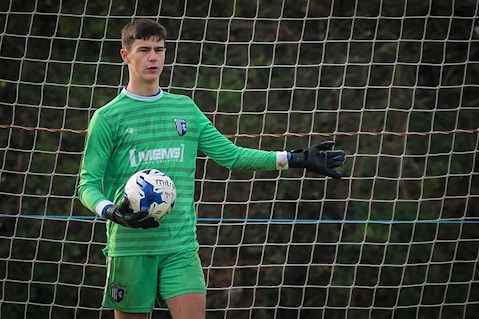 Manager Steve Evans said: “I would like to wish Joe every success.

“He has improved out of all recognition in the last 18 months and QPR have got themselves an outstanding young goalkeeper.

“Two EFL Championship clubs, and late in the day, a top SPL club wanted the lad, but his heart was set on Queens Park Rangers from the get go.

“The goalkeeping coaches, Simon Royce and Ian Pledger, have developed him brilliantly and deserve great recognition.

“Joe goes forwards in his career and I have no doubt my good friend Mark Warburton and his staff will continue his development.”

Chairman Paul Scally added: "It was an opportunity for Joe to go out and play at a higher level; we are sad to see him go and, naturally, we would have preferred to have seen him stay, but it is good for the benefit of his career.

"He has all the attributes to be a top goalkeeper; we will monitor his progress closely and we wish him all the very best for the future."

Everyone at Gillingham Football Club would like to thank Joe for his excellent service and we wish him well at his new club.