Reaction from the Gills boss.

Gills boss Steve Evans said his side were made to work hard for all three points following Saturday’s 3-1 win over Ipswich Town at MEMS Priestfield Stadium.

A second half brace from Vadaine Oliver, and Jack Tucker’s first ever league goal, helped inspire Gills to their first ever home win over the Tractor Boys, who now sit just three points above Evans’ men in the League 1 table. 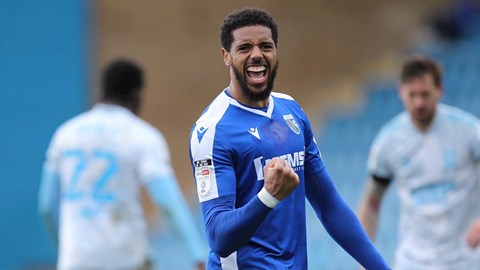 Speaking to the club website after the game, the Gaffer responded as to whether it was his side at their very best.

He said: “I think in periods it was; a long way away from our best in certain areas.

“Nothing changes that I didn’t say pre-match. Ipswich Town are a wonderful Football Club with outstanding footballers and have taken on a top class manager and I think I’m right in saying it’s our first home win over Ipswich in competitive Football, which is great for Gills fans.

“It was great to see Jack Tucker open the scoring and I think that’s his first at home in competitive Football, although he did score in the EFL Trophy. It’s a fantastic strike, I thought he was really good today and I’ve said for two weeks now he’s back to where he should be, back to his best; he’s a confidence player and he’s got it.

“We have beaten a very good side and we have had to work incredibly hard for it.”

Ipswich came out strong in the second half and equalised, but Gills responded brilliantly with Oliver producing two excellent finishes.

The manager added: “We knew Cookie [Paul Cook] would get a reaction and they gave us a few problems at the start of the second half; they get back in the game because Tommy O’Connor gets a foul against him when it’s a good challenge. We have to deal with the second phase of it, very much like Tuesday here when MK Dons get a corner.

“He [The Ipswich manager] went for it; went for the jugular. It became a little bit end to end and we had the best counter attack I’ve ever seen. What a run from Kyle Dempsey, great contribution from Jordan Graham, Vadaine has run 75-80 yards at maximum sprint to catch.

“Kyle puts in the most wonderful cross in and you have to give it to big V. It’s a simply stunning finish. He’s got that in the locker and he looks back to his best aswell, and then it’s a question of whether we can get a third and kill the game.

“V has looked terrific for two or three weeks now.”