Steve Evans could be boosted by the return of defender Robbie Cundy for Wednesday's visit of Wigan.

Steve Evans is hopeful that Robbie Cundy will be available for the game having missed the draw with Hull. He will require a late fitness test.

Evans gave an update on the status of Callum Slattery, who will step up his rehabilitation later in the week as he hopes to be fit for the run in. Dominic Samuel will be in the squad again following his return at the KCOM.

Wigan manager Leam Richardson believes that defender Scott Wootton is expected to miss the rest of the season through injury. Jamie Proctor is suffering with a groin problem and will require a late fitness test.

Steve Evans - “Wigan are in the best form they have delivered this season.

“A draw with high flying Ipswich Town and comfortable wins over Plymouth, MK Dons and Bristol Rovers demonstrates that clearly.

“We will need to be at our best to get the result we need to keep this unbelievable season alive and kicking for every Gills fan around.”

Leam Richardson- “It’s going to be a tough game on Wednesday night [against Gillingham] and probably a different game to Saturday.

“But we’re full of confidence and I think we showed a good reaction today after the defeat last week against Accrington. We’ll go there in good spirits and we’ll bring energy and aim to come back with the three points.”

Gills got their first league win of the season at Wigan thanks to the brilliance of Jordan Graham. His first half brace ruled out Joe Garner’s opener, and Trae Coyle added a third before Kal Naismith grabbed a goal back moments later. However, Gills managed to hang on and secure all three points.

Gillingham’s last home win against Wigan came in August 2015. A Bradley Dack brace set the Gills up for all three points on the day.

The two sides share the head-to-head record with 15 wins each, and there have also been seven draws. 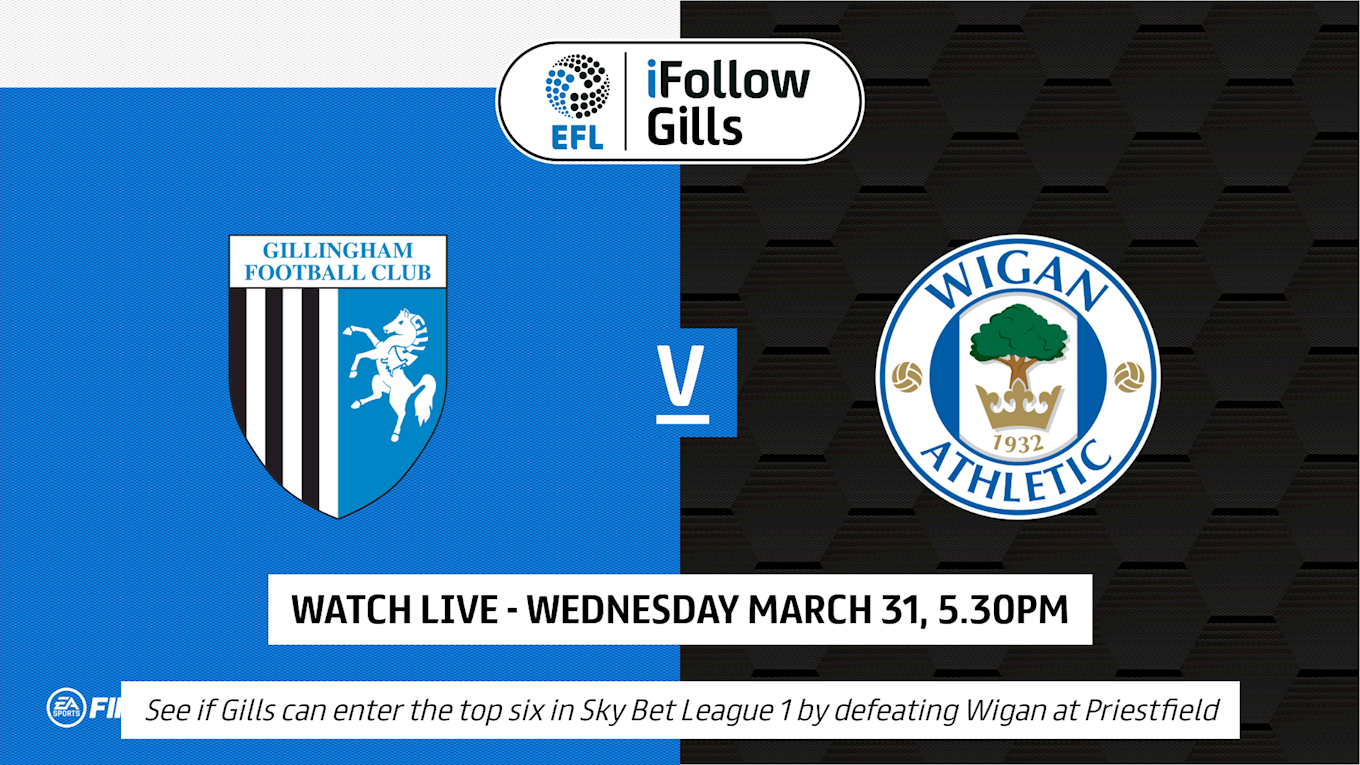