Gills Assistant Manager Paul Raynor said it was pleasing to see a number of first-team players get some valuable match time under their belts following Wednesday’s 0-0 draw at Braintree.

Tyreke Johnson, Henry Woods, Matty Willock, Robbie McKenzie and Christian Maghoma all played midweek, ensuring they are ready for selection for the first-team when called upon. 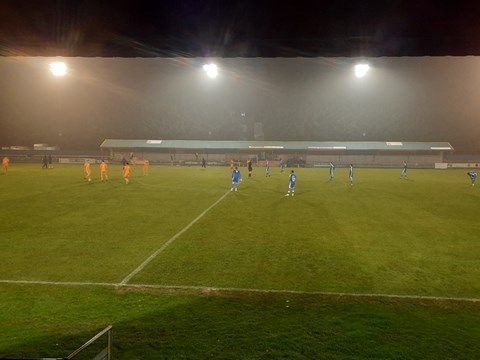 Speaking after the game, Paul said: “The senior guys that played are going to be rusty because they haven’t really had any competitive football for a long time, and a number of weeks for some of them, so it was a great opportunity to get some minutes into them.

“We know what we get with our players; we demand the application and that should be a given. They did that, we were a little rusty and could we have passed the ball a little bit better at times? Yes we could, but the important thing was getting some match time, especially with a young squad and we are going to utilise that squad between now and the end of the season.

“Thanks to Braintree; they are trying to keep their players ticking over in these uncertain times. It was a great exercise for us.

“A couple of guys were tiring towards the end, and I’ve got to give credit to the young boys because they played 90 minutes in the youth alliance cup on Tuesday and we had to utilise some of them again tonight.”