Match reaction from the manager.

Gills boss Steve Evans said he felt for his players following Saturday’s 1-1 draw with Burton Albion at the Pirelli Stadium.

Sub Ryan Broom came on to score for the Brewers late in the game, with Jordan Graham having opened the scoring in the first half following a fine assist from Vadaine Oliver. 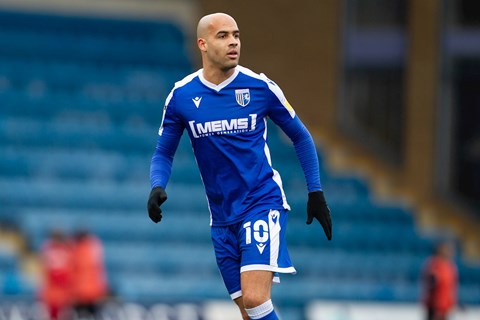 Speaking to the media, via Zoom, after the match Steve said his players deserved more: "I felt for the boys today. I thought the performance was good, particularly in the first half; we started well and we could have been two or three ahead before we got the goal, and we were comfortable.

“In the second half we just freshened the front two up to give us a bit of energy.

“I think there is an initial foul on Jack Tucker [before the Burton goal] leading up to the corner, I think then when John Akinde clears the header he gets barged. It fell invitingly and he puts it in the corner, he has that ability.

"We have to take the hurt; there was very little on the game but we wanted three points and we've given them away again today.

“We are disappointed; we did our jobs today against a difficult team in great form. They’ve won a lot of games, we looked like winning comfortably. The players came off at the end, they looked devastated. That’s three Saturdays in a row and they don’t deserve it. They deserve so much more.

"It was a game we should win.”

Tommy O’Connor played at centre-half in the absence of Robbie Cundy, and the manager said his two centre-backs dealt with Burton’s attacking threat very well.

He added: “I thought he was outstanding to be fair and he’s played that position many times for Southampton, alongside Alfie Jones. He’s always been able to play there and we wanted more natural balance.

"We wanted to keep Connor where he is most effective; Tommy did really well against two powerful centre forwards, physical boys, and he stood up to the physicality. Him and Jack Tucker did really well today. “