Jack Tucker was voted the club's "Young Player of the Year" for a second successive season following a small gathering in the Chairman's Office on Sunday afternoon.

The 21-year-old has been an ever present in defence during the 2020/21 campaign and was handed his trophy by Tony Hudgell, who completed a 100-step challenge prior to kick-off against Plymouth Argyle.

Jack fought off competition from Tommy O'Connor and Robbie McKenzie who were also in contention for the award. The centre-back played 50 games during the year, scoring one goal. 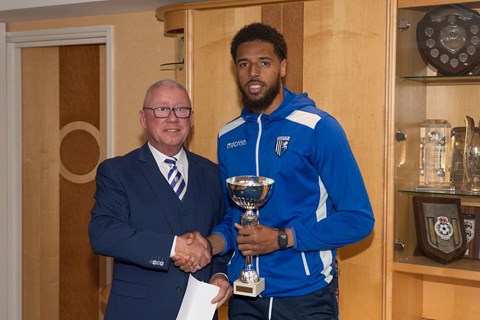 PLAYER OF THE YEAR WINNERS 2021

Interviews with all four players will be available in due course.