Defender thanks fans after winning award at end of season ceremony.

Gillingham fans voted in their numbers to crown Jack Tucker the ‘Young Player of the Year’ for a second successive season.

The 21-year-old defender, who has been at the club since the age of seven, has been the heart and lungs of Gillingham’s backline this campaign and won plaudits for his committed performances and tireless work rate.

Tucker, speaking exclusively to the club’s website, was delighted with the recognition: “I’m so happy to collect this award. I want to say thank you to the fans for their continued support.

“Collectively, I think 2020/21 is a season that we can definitely be proud of and one we can look to build on. We beat some good teams over the course of the season. The 4-1 win over Crewe sticks in my mind; we were ruthless that day. Beating Lincoln 3-0 away, that for me stood out because we had a lot of games at that time and it gave us a massive confidence boost going into the closing stages of the season.

“I was happy to get my first goal ticked off in what was a great win over Ipswich; that was the most important thing on the day. The fact that I could give us an early lead made it that bit more important, you don’t want to score your first league goal and it not mean anything. I was definitely happy to get that first one.

“I will enjoy my summer, it’s been a long season, but I will be looking forward to the next one.”

Jack's award was presented by young hero Tony Hudgell. The six-year-old, who had both legs amputated due to the horrific abuse he suffered as a small child, was a guest of honour at ME7 after the Chairman heard about his remarkable story on a local radio station. Tony bravely fought against extreme adversity and became a role model to the nation, walking 10km on crutches in 30 days and raising over £1.5million for the London Evelina Children’s Hospital.

Prior to the final match of the season against Plymouth at MEMS Priestfield Stadium, Tony completed another remarkable challenge for charity, walking around the centre circle unaided whilst being cheered on by players and staff of both teams.

“It was lovely to get the award off young Tony,” said Tucker. “I was very honoured to have received it from him, he’s an inspirational young lad. I wish him all the best, as does everyone at Gills.” 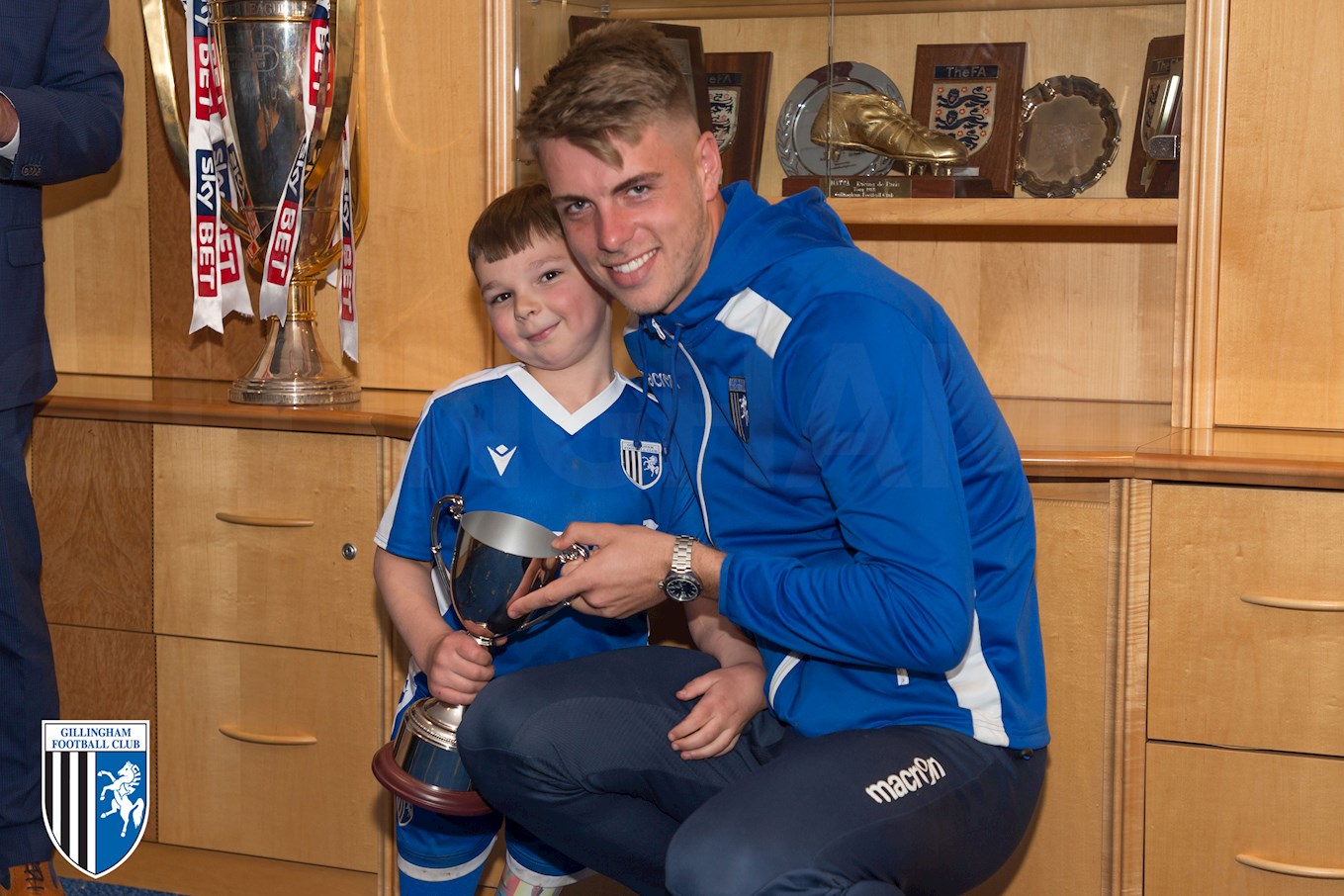