Steve Evans is able to welcome back former Pompey man, Stuart O'Keefe, to his matchday squad for Saturday's game.

Stuart O’Keefe is set to return from suspension for the game against Portsmouth.

Danny Lloyd has been back in training this week and could be available for selection. However Ben Reeves, Rhys Bennett, Alex MacDonald, Kyle Dempsey, Vadaine Oliver and David Tutonda will all be absent.

Sean Raggett will miss the game for Pompey through suspension, while former Gills defender Connor Ogilvie should start for the visitors.

John Marquis is a doubt due to a tendon problem. Clark Robertson, Paul Downing, Jayden Reid and Ryan Tunnicliffe will all miss the game through injury. 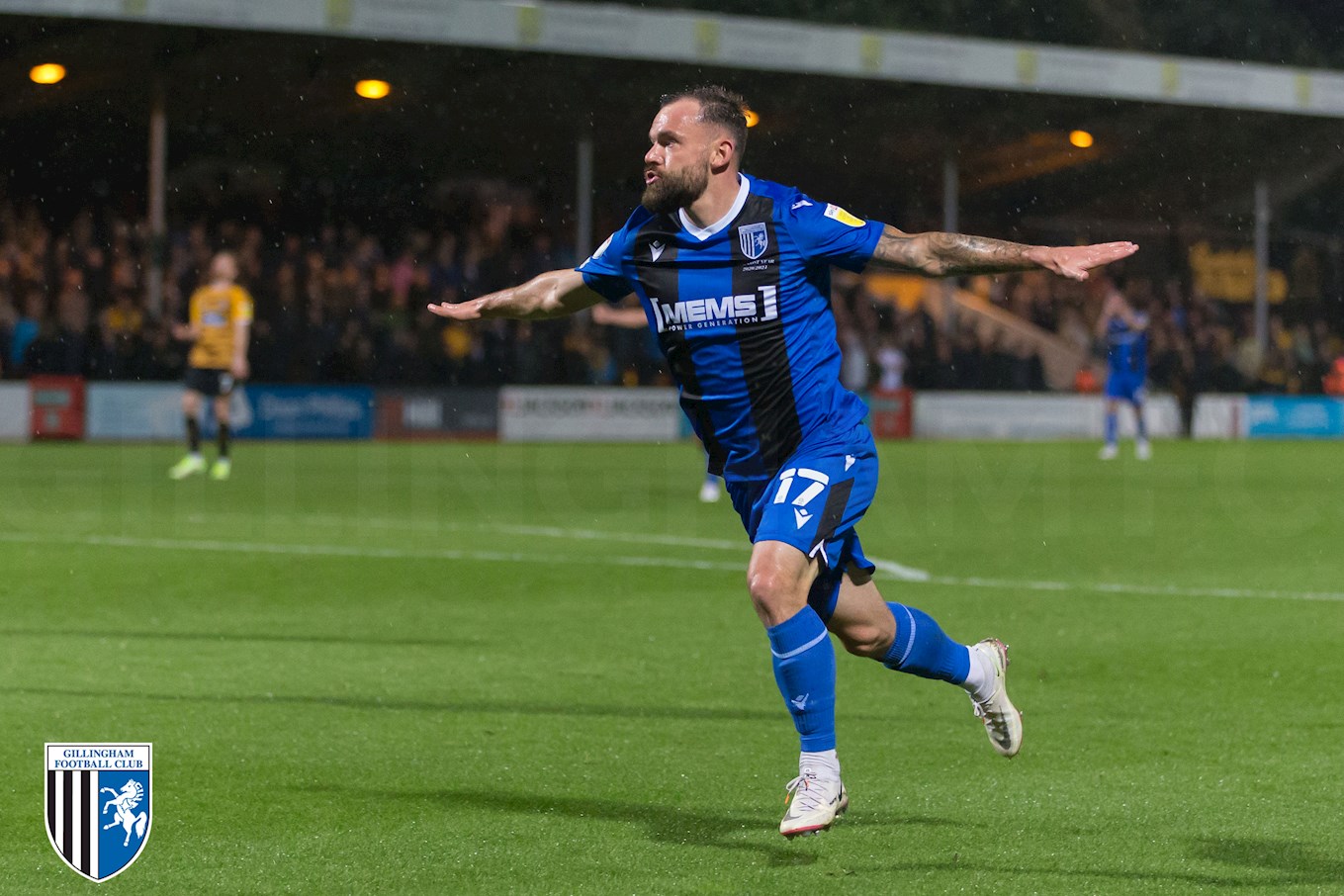 Steve Evans - "Portsmouth will have a big crowd travelling tomorrow; they're in a good run of form and a good side.

"We will strip the best XI to try and win the game and hopefully we will get in the trenches and have a fight."

Danny Cowley - “I’ve got a lot of respect for Gillingham as a club and you know that any Steve Evans team will be motivated and have a relentless work ethic.

“There will be a real fight about them and we’ll have to combat the directness, while matching their physical qualities.”

Gills come into the game off the back of successive 2-0 league defeats. Goals by Sean Long and Alfie May saw Cheltenham win at MEMS Priestfield during the week, with Gills having lost by the same scoreline at Crewe last Saturday.

Pompey have won five games in a row in all competitions. They beat Lincoln City 3-0 at Sincil Bank on Tuesday night, thanks to goals from Marcus Harness, George Hirst and Reeco Hackett-Fairchild.

That win put Dan Cowley’s side on 29 points after 19 games and they lie in ninth place in the League One table.

During their five-game winning run, Portsmouth have also beaten AFC Wimbledon, Wycombe, Crystal Palace Under 21’s and Harrow Borough. Their impressive run of form stretches to eight games unbeaten in all competitions. Their last defeat came at the hands of Ipswich Town, who beat Pompey 4-0 at Fratton Park.

The last fixture between the two sides came last season at Fratton Park in February. Sean Raggett had given Pompey the lead, but Vadaine Oliver took advantage of a loose ball to bring Gills back on level terms. The game ended 1-1, with both sides coming close to finding a winning goal.

Gillingham’s last home win against Portsmouth came on Boxing Day of 2018. Gills found a goal at the end of each half to cap off a memorable 2-0 win. Josh Parker headed Steve Lovell’s side in front at the end of the first half, and Callum Reilly scored a late penalty to double the lead in the 90th minute after Elliott List was barged over inside the box.