Robbie McKenzie and Mustapha Carayol could be fit ahead of the trip to the Mornflake Stadium on Saturday.

Steve Evans will be waiting on the scans of Ben Reeves and Danny Lloyd to see if they will be available to play at Crewe. Both came off in the defeat to Cheltenham on Tuesday night.

Evans is hopeful that he may have a couple of players return. Joe Gbode could be involved after making his senior debut from the bench midweek. 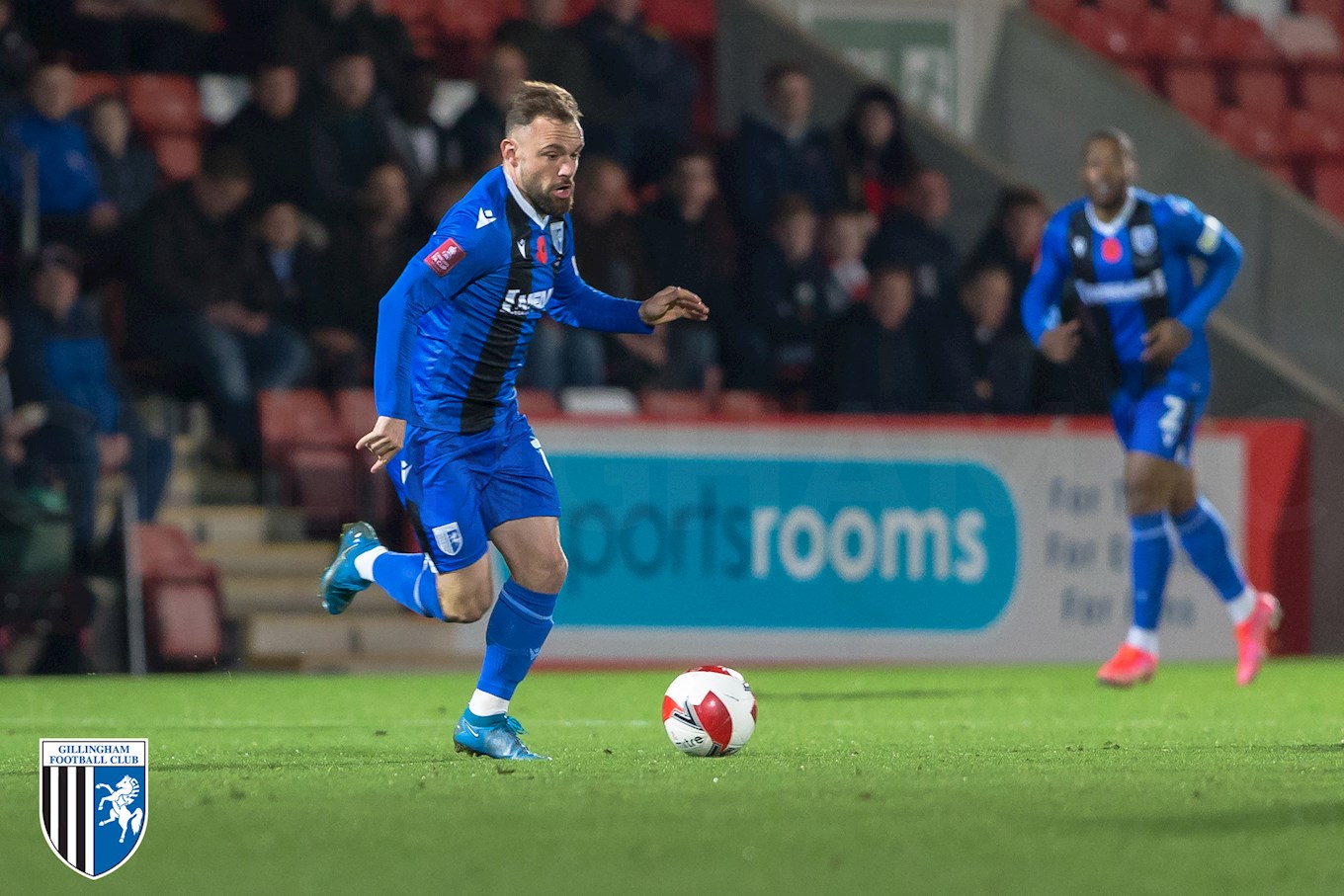 Former Gills loanee Scott Robertson will not feature for Crewe after picking up a three-game suspension after their defeat to Bolton.

Travis Johnson, Kayne Ramsay, J’Neil Bennett, Donervon Daniels and Callum Ainley are all nearing their return from injury, but Saturday could come too soon for them.

Steve Evans - “We know how tough it will be at Gresty Road. They’ll be as keen as we are to take a point or three.

“This is a big game; if we win we could go up four or five places, if we lose we will go down some more places. From our point of view, we will fill the group with confidence and give it our all."

David Artell - “There’s the same amount of points at stake in every game, and we’ve got to make sure that we do our utmost to take maximum points in every game that we play.”

Gills were beaten in their FA Cup first round replay by Cheltenham in midweek. Mattie Pollock scored the winner from close-range as the Robins progress to round two, where they will travel to AFC Wimbledon.

In the club’s last league match, Gills went to Hillsborough and came away with a hard-fought point. Vadaine Oliver put Gills in front after a nice flick-on by John Akinde, but Florian Kamberi equalised 15 minutes from time as he smashed home from inside the six-yard box.

Crewe find themselves bottom of the League One table after their most recent defeat to Bolton last Saturday. Goals from Josh Sheehan and Amadou Bakayoko condemned the Railwaymen to a 12th defeat of the season.

Crewe’s only league win of the season came at home to Burton in September. A Michael Bostwick own goal after ten minutes put them in front, and midway through the second half Charlie Lakin was sent off. J’Neil Bennett doubled the Crewe lead just three minutes from time as they secured a crucial three points.

When the club’s met at Crewe last season, it saw Gills snap their five-game losing run in the league. Crewe dominated for large spells of the game as Steve Evans’ side absorbed a lot of pressure, but it was John Akinde who proved to be the match-winner.

Akinde was brought on after 55 minutes and provided an immediate impact just three minutes later. He headed home from Jordan Graham’s cross as his effort was too powerful for the keeper to keep out of his net.

Another memorable Gills win at Crewe came during the club’s first season back in League One under Martin Allen. Cody McDonald put the Gills in front before half-time, and Joe Martin doubled the lead just after the break. Adam Barrett put the game to bed 20 minutes from time as Allen’s side secured a vital three points.

Tickets are available on the day from the Mornflake Stadium at no extra cost; however please have cash and card available for payment.

Purchase via the away ticket office, and this is also where collections can be made.

More information ahead of Saturday’s game can be found here.