Jack Tucker is suspended for the midweek trip to Cambridge.

Gills came out of the game against Oxford unscathed and will likely have the same squad of players available to them, excluding Jack Tucker who will serve a one-game suspension after picking up his fifth yellow card of the season at the Kassam.

Stuart O’Keefe will be hoping to return, having sat out of the draw on Saturday. 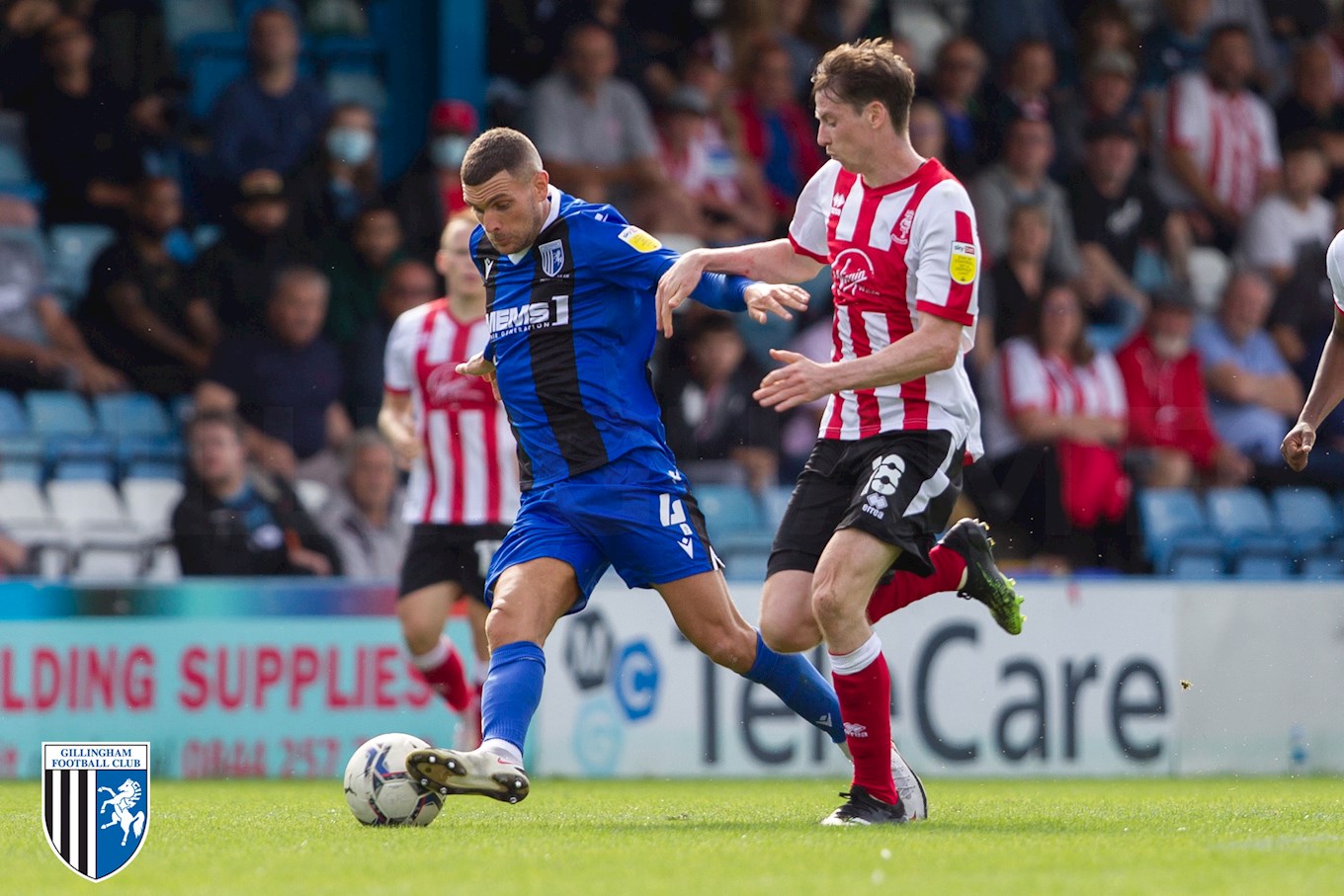 Lloyd Jones will face a late fitness test to see if he is available for Cambridge, while Wes Hoolahan will not be available as he continues to recover from injury.

Besides those injury concerns, Mark Bonner said that the rest of the squad came out of Saturday unscathed. He has also hinted at changes potentially being made for Tuesday night’s game.

Steve Evans - “The manager there [Mark Bonner] has done a wonderful job, they are a wonderful club and I know the owner and the people around it. They have really good players and the owners have really backed him this year with extra investment.

“It will be another tough League 1 game for us."

Mark Bonner - "Gillingham have got some pace and power that can carry the ball up the pitch and creative players that can score from distance.

“They are a threat on set plays, and we know that they have got a vast array of options and ways in which they can go about their play.”

Gills drew at Oxford last time out as Alex MacDonald’s long-range strike against his former club cancelled out Matt Taylor’s early opening goal. That hard-earned away point left the Gills in 19th place with eight points from their first nine games.

Cambridge have had a solid start to the season after accumulating 12 points from their first eight games. That record puts them in 12th place in League One, and they drew to Fleetwood at home last time out.

James Hill had put Fleetwood ahead, but goals from Adam May and Shilow Tracey put The U’s in front. However, Patrick Lane grabbed an equaliser 15 minutes from time for Fleetwood as the score ended 2-2.

Mark Bonner’s side last league win came at Fratton Park in what was a famous night for Cambridge. Goals from Joe Ironside and Liam O’Neill put them two goals in front, and although Ronan Curtis pulled a goal back for Pompey, it proved not enough as Cambridge hung on for all three points.

Gillingham’s last league game at Cambridge came during the 1999/2000 season. The score ended 2-2 that day as Bob Taylor saw his first-half goal cancelled out by Martin Butler, who scored a penalty.

However, Mark Saunders was sent off in the lead up to the penalty for handballing on the line. Paul Wanless’ header put The U’s in front, but Guy Butters answered back for Gillingham just five minutes later as he thumped a shot into the bottom corner. The drama was not done there, as Neil Mustoe was sent off in the 71st minute.

The Gills last win in any competition against Cambridge was in the League Cup during the 2003/04 campaign.

Justin Walker had given Cambridge the lead midway through the first half, but John Hills put Gills back on level terms in the second period. Tommy Johnson was sent off with just six minutes to go, and despite being down to ten men, Nyron Nosworthy popped up with the winner to secure a 2-1 win for Andy Hessenthaler’s side.

Gills fans will be situated in the South Stand of the Abbey Stadium.

Fans who cannot attend Tuesday’s game can watch the match on iFollow for £10! Purchase your video match pass by clicking here. 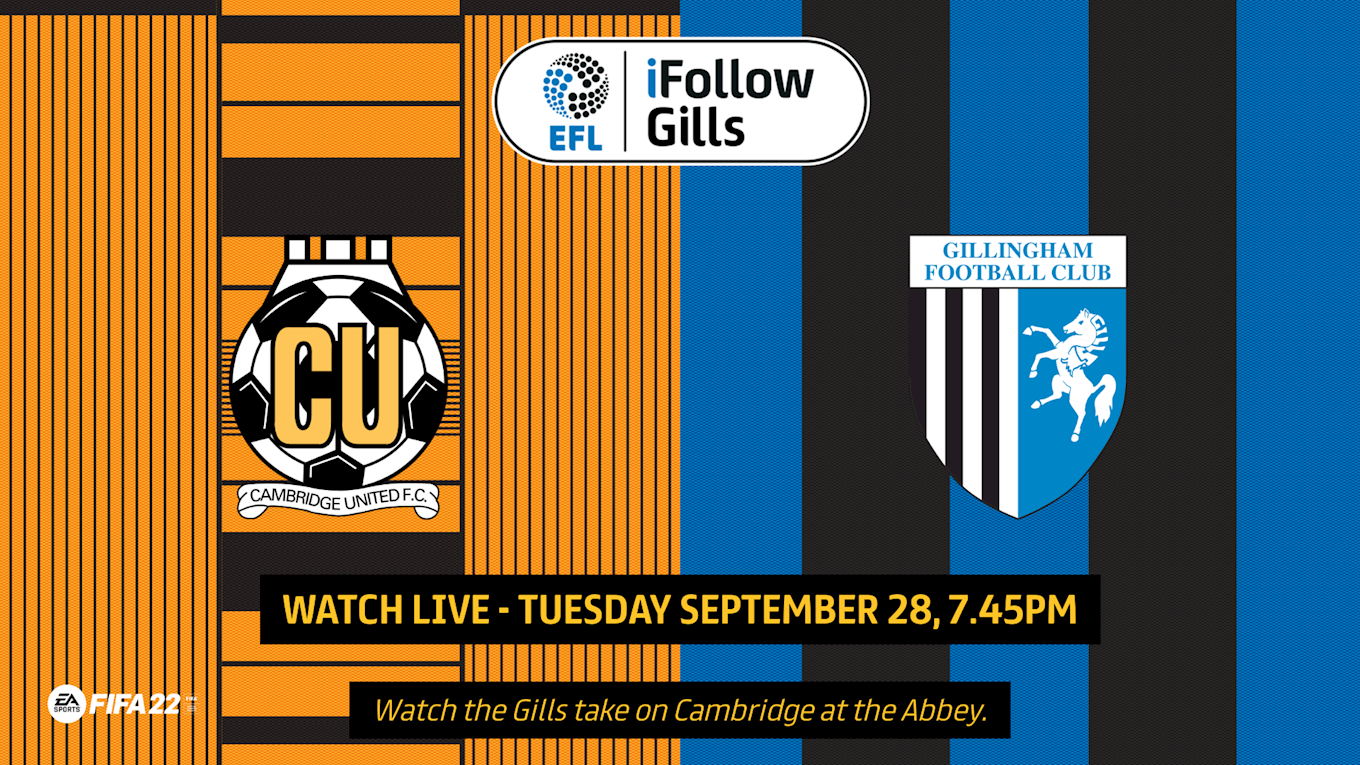