Tuesday's game against Colchester in the Papa John's Trophy is live on iFollow!

Gills kick-off their 2021/22 Papa John's Trophy campaign on Tuesday evening when they make the short trip to Essex to take on Colchester United at the JobServe Community Stadium (7.30pm).

Steve Evans is set to make several changes for the game, with a number of younger players likely to be involved.

Aaron Chapman, Harvey Lintott, Bailey Akehurst and Daniel Adshead are all set to feature with John Akinde and Alex MacDonald also working hard to get minutes under their belt.

Kyle Dempsey and Vadaine Oliver could be rested.

The game will be live to all supporters for a one-off fee of £10, and your money will give you access to the TV pictures, in addition to match commentary from BBC Radio Kent and in-play match graphics. 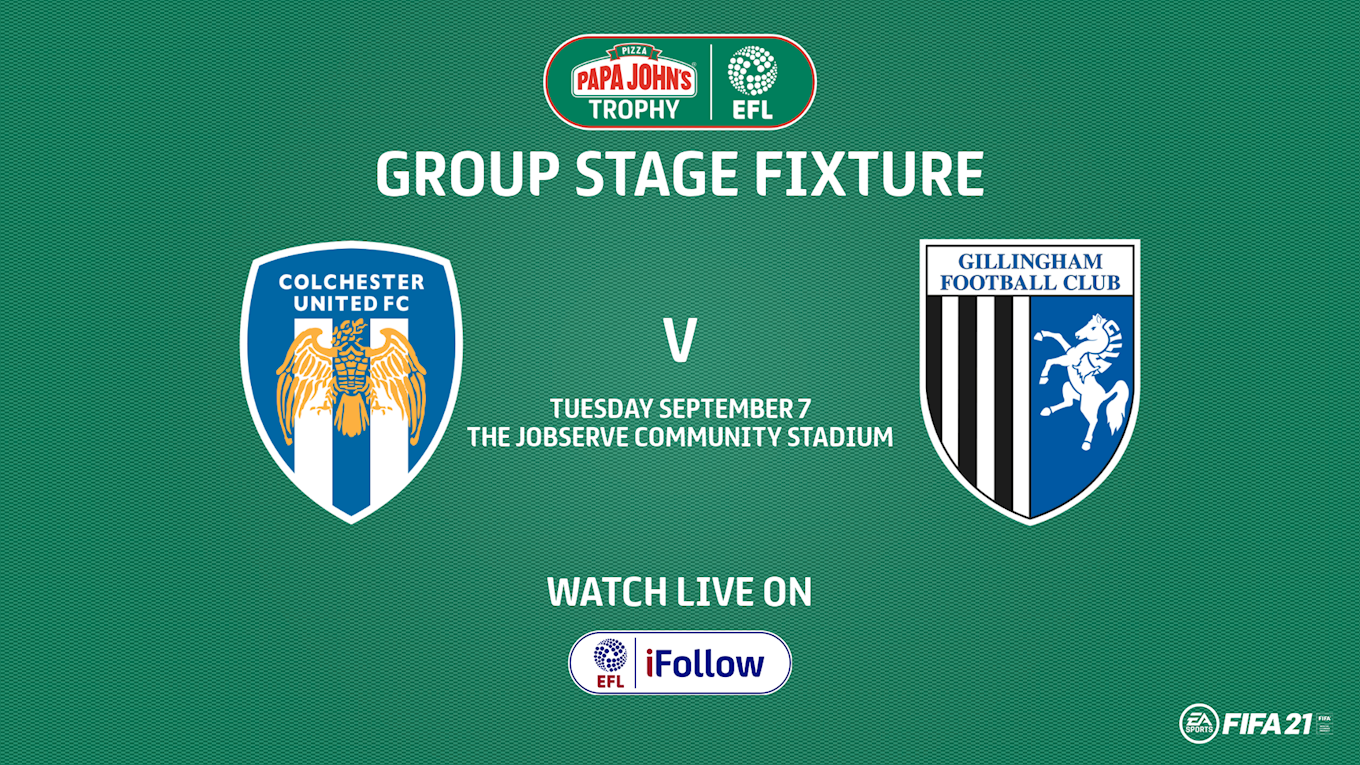