Gills boss waiting on a couple of fitness issues ahead of the trip to Pompey.

Neil Harris has confirmed that the club has appealed Charlie Kelman’s red card following his dismissal in the 0-0 draw against Fleetwood. If it was to be rescinded, he would be available for the trip to Portsmouth. If it is not, Tom Dickson-Peters or Gerald Sithole could come into the starting XI.

Skipper Stuart O'Keefe played the first half against Fleetwood and will require a fitness test ahead of the game.

Ben Reeves and Dan Phillips both played a part in Monday’s draw and will be available for the game at Fratton Park.

Robbie McKenzie is an injury doubt after going off against the Cod Army with an ankle injury. David Tutonda will likely start in his place if he is not available. Mustapha Carayol remains unavailable.

Portsmouth manager Dan Cowley is reluctant to play the club’s youth team players in their final three games of the season. Joe Morrell is in contention to feature after not being fit enough to take part in Pompey’s draw at Morecambe.

Joe Thompson could also return to the team.

Neil Harris - "All I can control is being prepared for Portsmouth, and my players.

"I am passionate, I like to win. I try to be calm and methodical.

“We will go there feeling confident. From our point of view we have everything to play for.” 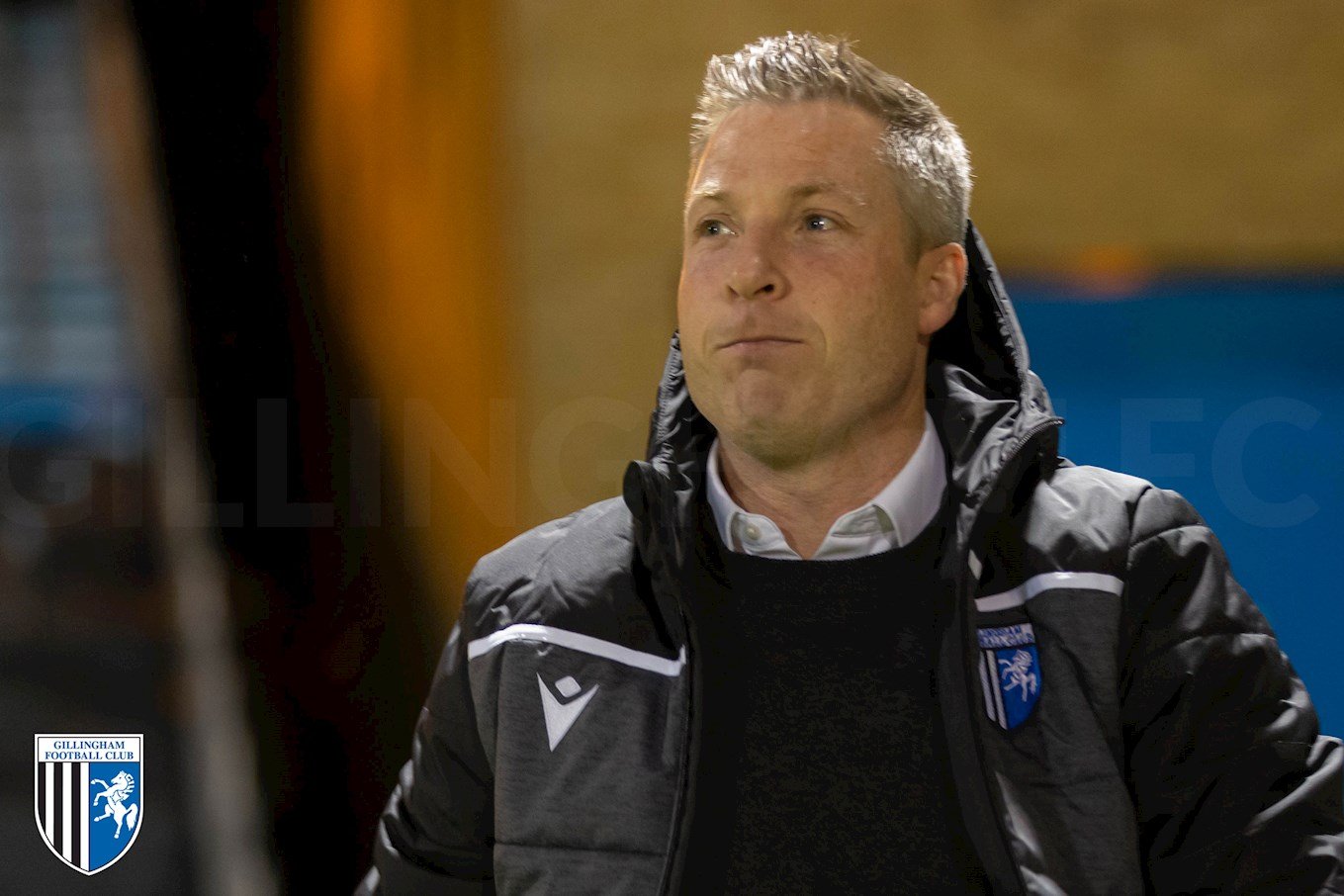 Dan Cowley - “I look at this group post the January window and results show that if we win on Saturday against Gillingham, which will be tough, then we’ll be on two points a game.

“That’s the sign of a good team. It’s always a target I give my sides because I know that, ultimately, it equates to automatic promotion.”

When Gills visited Fratton Park last season, the points were shared. Sean Raggett headed Pompey ahead just after the half-hour mark as he latched onto Marcus Harness’ cross. However, that lead lasted eight minutes as Vadaine Oliver capitalised on a defensive mistake. Lee Brown tried to chest the ball back to Craig MacGillivray, but it had no power on it, allowing Oliver to sneak onto it and prod it into the back of the net.

A memorable win at Fratton Park came in October 2018 as an impressive first-half display secured all three points for Steve Lovell’s side. Tom Eaves opened the scoring after 26 minutes as he rifled home a sensational volley into the roof of the net.

On the stroke of half-time, Alex Lacey doubled Gillingham’s lead. He was first to meet a low corner that somehow made its way towards the back post and smashed it home from six yards out.

Tickets for Saturday’s fixture are off sale. It is an ALL TICKET FIXTURE, so do not travel to Portsmouth without a ticket. Collections are to be made from the ticket office, within the club's shop on Anson Road.