Vadaine Oliver could return to action for the visit of Oxford, with Conor Masterson also in contention after signing on loan from Queens Park Rangers.

Ben Reeves will remain out of action due to the ankle injury that he picked up in the defeat at Wigan. Vadaine Oliver should return to the starting XI, having missed the draw to Shrewsbury in midweek.

John Akinde will be unavailable after leaving the club for Colchester United on Thursday afternoon. Conor Masterson has joined the club on loan from QPR, and is eligible for selection. Rhys Bennett has left the club, and joined Morecambe on a deal that runs until the end of the season. 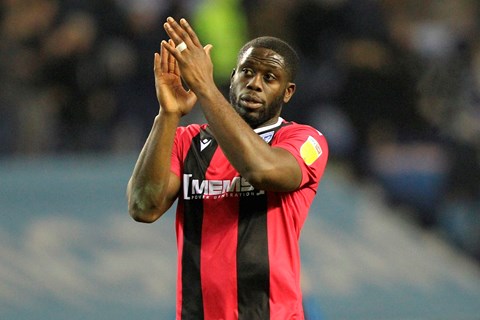 Karl Robinson could keep the same starting line-up that beat Sheffield Wednesday last weekend. However, he may make a couple of changes with Sam Winnall potentially being one. Winnall scored the winning goal in Oxford’s 3-2 victory.

Steve Lovell - "We will take the game to Oxford. Everyone will need to work their socks off.

"It's nice that we are at home; the fans were excellent on Tuesday. We need everyone to be positive, there is no other way."

Karl Robinson - “Training has been good this week. The players know they have to train well to get a chance in the team and that means training is really competitive every day.

“They all want to be part of something and that is going to bring out the best in everyone.”

The meeting between the two clubs earlier in the season saw the points shared. Matt Taylor had given Oxford an early lead, but Alex MacDonald’s fine long-range effort on the half hour mark brought Gills level. Despite heavy pressure from the hosts in the second half, Gills were able to hang on for a 1-1 draw.

In the last meeting between the two sides at the MEMS Priestfield Stadium, Gillingham came out on top. Gills found themselves 2-0 up inside a four-minute first half spell, thanks to goals from Vadaine Oliver and Jacob Mellis. Dan Agyei got Oxford back into the game right before half-time, but Jordan Graham put the tie to bed just 20 minutes from the end as his fine volley was too much for Simon Eastwood.

In advance of match day, players and football staff, match day personnel and supporters are asked to self-assess their own health and are kindly asked not to attend the fixture if they are suffering from signs and symptoms of COVID-19 or if they have been in close proximity to someone who is confirmed as having tested positive for COVID-19.