Manager expecting more market movement in the next couple of weeks.

Neil Harris says he is pleased to have secured the services of Will Wright and Bailey Akehurst following a tough few weeks in preparation for the new season.

The Gills manager completed the acquisition of the former Dagenham and Redbridge man before the Bank Holiday weekend, with Akehurst signing his first professional deal on Monday evening. 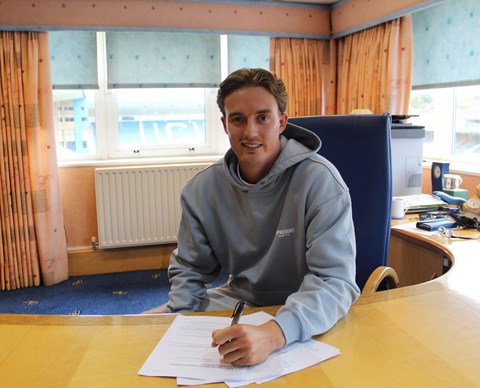 WILL WRIGHT JOINS THE GILLS

Having secured both deals, the manager says he is looking forward to working with both players.

He said: “It’s been a tough few weeks, just learning the division, budgets of other clubs and where we sit within that and what is realistic for us and what sort of player we can attract.

“There has been a lot of jostling. I class, until the end of this week probably, but up until the end of the half term school holidays, is sort of players’ market. Agents can be fanciful with figures and demands – a lot of managers are away, including myself last week with the kids.

“It’s just starting to get traction and things are becoming a lot more realistic for us. Obviously we got Will over the line, and now Bailey, which is really positive and hopefully just shows that the market is going in the right direction – not just for us, but other clubs aswell. Sometimes you have to look at other clubs and use them as a marker.

“When other clubs, who have certainly got a lot more money than us, are not signing players, it’s definitely a tell tale sign that things are slow or agents are in cuckoo land.

“Like any transfer window, we have missed out on one or two who we probably would have liked to have got – we have got one or two quite close and we are hopeful of bringing in, without saying too much or any promises, hopefully this week.”

Wright, who was watched by the management towards the end of last season, can play within a three or four man defence or potentially in a holding midfield role, and this versatility was important as the manager explained.

He added: “Will is my first signing on a longer-term contract and we would like to welcome him and the Wright family to the Football Club.

“I watched him three times towards the end of the season, in that little time from when we finished our final game with Rotherham and the end of the National League season, and I was really pleased with his characteristics.

“He is a great size, great shape, still has a frame and a figure to build into and the Sports Science department will really enjoy working with him. His references are outstanding as a young man, he’s captained Dagenham & Redbridge for quite a large part of the season, so he has leadership qualities that I talk about quite a lot.

“He has the attributes to be able to play in the backline, he has played on the right side of a three man defence quite a lot this season, he can certainly play right-back and possibly in the holding midfield aswell so the versatility that we are going to need in a tight squad in the division, he brings.

“His use of the Football is outstanding, his dead ball delivery is very good hence he has scored goals over the course of the last two seasons; when I talk about goals from all over the pitch being key, he will certainly add that.

“I spoke to various people that have worked with him, or have played with him, and they sung his praises, not just as a Footballer but as a character aswell, and a good professional.

"He is the first signing this summer onto a full contract and we are really excited to work with him and a big thing for us, talking about the transfer window and needing so many players, is getting the right mix age wise.

“Will comes in, a lad that has just turned 24, fantastic age with a pedigree to get better and to develop. Our next signing might be an older player, after Bailey, a senior player who can lead the changing room and then the next one might be younger again, but getting that blend is key.

“Will comes in with leadership qualities in a young man with a potential to develop in a couple of positions and a guy we know we will really enjoy working with.”

As for Akehurst, he has agreed terms on his first pro deal and the manager is looking forward to developing him in the months ahead. 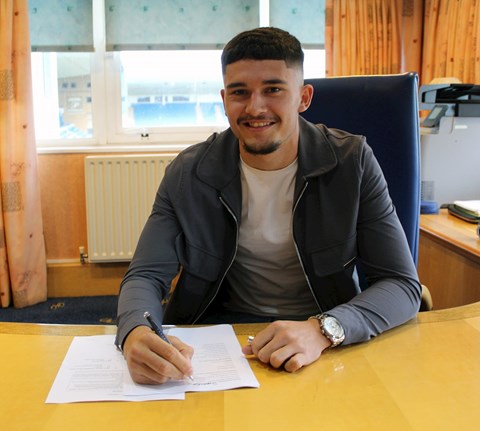 He added: “The fans have probably seen a bit more of Bailey in first-team Football than I have in the last 12 to 18 months. When I came in he was injured and he had to force his way back into the group and get him fit, with a little bit of patience aswell.

“He played for me at Sunderland when he came on and I’ve seen attributes in him that I like in a full-back; his use of the ball is excellent, physically if you looked at the way he has developed over the course of the last six to nine months, he is filling out.

“He has a lot to learn as a left-back, in the position. Kids develop at different ages and he is starting to fill into his body, physically we think there is more to come from him – that’s athletically, shape and size wise, but he’s a good defender and a really good footballer. All we are doing is giving him the platform to develop, we are going to give him the opportunity to train with the first-team as he has done since I got here.

“Then it’s down to the lad to pushing it himself and what I’ll always say about the young lads is some are ready today, some may take another 12 to 18 months, if not longer. Bailey we see potential in, but obviously none of us know if he’ll end up playing 40 games next season or not.

“We will work with him very day to develop him, as a person, as a human being and as a player on and off the pitch, and we look forward to it. He’s one of our own players, he has come through the academy, we want him to do well."