Neil Harris has admitted this summer transfer window will be his toughest since becoming a manager in professional Football.

The Gills boss published his retained list last week, with only seven players under contract for 2022/23, with two second-year scholars having also been offered pro terms. Jack Tucker and Robbie McKenzie have also been offered extensions. 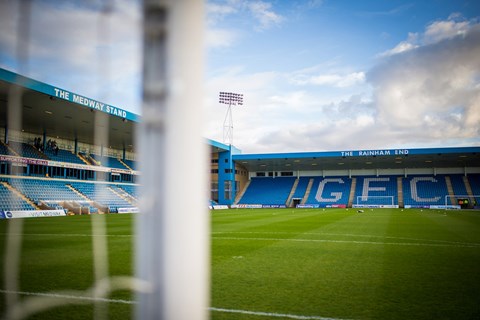 The manager knows he may need to be more patient than normal to land his targets, and that may take right up until the start of the season, but recruitment is the main focus for him and his backroom team.

He said: “I’d like my squad for the start of the season confirmed yesterday! It’s not going to be possible, we have so much work to do. Realistically we need 13, 14 or maybe 15 players. The market is crazy at the moment, every agent has a really good player and every player that has not played at their previous club, it’s the manager’s fault and not the player.

“I have to be really careful of what we are looking at and players we are taking, I have to get the blend of experienced players with real leadership qualities and youthfulness, legs and energy in the team. It’s trying to make sure I sign more successful players than failures.

“I will get some wrong in this window, but trying to sign as many good ones as I can is important, so you have get the right references. Sometimes you really want someone and you get a bad reference and you have to be strong enough not to take that player.

“It’s probably my toughest transfer window in professional Football as a manager because of the amount of players we need to recruit, but the process has started and, time wise, fans love to see incomings because it’s exciting. Realistically are we going to see one tomorrow? No.

“Players we have offered contracts to is the priority for me to get them finalised. I’ve been at National League games, League 2 play-off games, just to see levels and players. Realistically if we can have players before they report back on June 22, which is obviously incredibly early, but if I can get some players in for that, that’s a must, but ultimately this is going to rattle all the way through pre-season, through those games, probably to August when the season starts we will be short of players.

“We have to be patient because players that I want we can’t afford at the moment, and if I have to wait for the demand to come down then so be it.”

The Gaffer admitted a number of pre-season fixtures have been agreed verbally, but final confirmation needs to be sorted. A trip abroad is still a possibility, but a UK training camp is also an option.

He added: “Games wise, I think we have four verbally agreed. Three away and one at home, I think all of them are really good fixtures for us. Building relationships with local clubs is key and we’d like to do that during the season too, almost take “B” team fixtures to local grounds. It gives exposure to my young players, senior ones that need minutes but also helps build ties with the clubs.

“The games programme is really important, there will also be games behind closed doors. As in going away, I’m trying to get the group away for a few days and that’s priority for me, and something I’m trying to organise myself. It’s not easy because there’s a financial cost to it aswell. The Chairman has been brilliant, if we can’t go away we will be based here and perhaps get away for a couple of days in the UK for a change of scenery. It’s a big summer all round, that is ongoing, and if we do go abroad and play a game then the fans obviously are very welcome to come and watch.”

The boss will have a brief working holiday before returning for pre-season training, but in the meantime he says it’s important to travel and meet players, agents and representatives.

He added: “I’ll go away for a few days but it will be a working holiday, and my wife understands that. It’s just getting the balance right between the two [personal and work].

“I’m not at the Football Club every day, I don’t need to come in every day, and it’s important I travel around the country to see games and see agents and meet players. I have spoken to a lot of players already via phone, zoom or in person so I am racking up miles on the car, but that’s part of the job!”