Neil Harris says the support of the fans is going to be crucial as the management step up their plans ahead of the new league season.

Gillingham manager Neil Harris says the backing and belief of the fans is going to play a critical role as he looks to build a new culture and environment at MEMS Priestfield Stadium.

The manager, along with his staff, are hard at work preparing for the 2022/23 campaign, and have set about making the necessary changes to compete in League 2. Although recruitment is the main priority at this stage, the boss says the support base will be pivotal to creating the atmosphere required to make his team successful.

Speaking exclusively to the club website he said: “I think everybody would have seen my comments post-match after the Rotherham defeat when relegation was confirmed. I’d like to think I was very honest in my assessment of the year and I think fans will see that honesty and passion and understand it’s been a tough period, there has been a lot of negativity around and we need to find a way of moving past that.

“I want to build a culture and environment at the Football Club from quite a low ebb at the moment. To do that I need the support of the fans, the support and the passion the fans gave, thinking back away to Lincoln, Doncaster, Cheltenham and Portsmouth, even in defeat, was brilliant.

“The atmosphere here has been more `Gillingham like`, and that’s what we want, but to build the culture of that environment I have to make sure I get the right personnel in.

“It’s not going to be be a quick fix overnight. I can’t say we will be top of the league after one game and then carry it through, it’s not a quick fix, but sometimes to build a club you need that structure and support, and what we need is our fans to come and support our club and show belief in us. 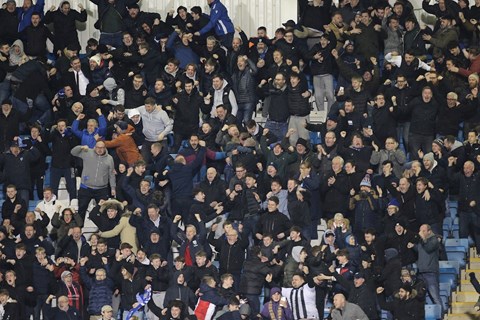 “There are a lot of areas where we can improve as a Football Club, but it becomes about recruitment now – that’s the full focus. Yes, we are trying to organise pre-season fixtures and see if we can get away for a few days. We need to get the backroom team right, get that in better shape.

“There are big jobs on, but recruitment is the main focus and trying to get guys in that we feel can help us be better, who fit within our budget, and can continue next year to challenge in, what is, another tough division.”