Joe Gbode could retain his place in attack ahead of Gills Emirates FA Cup second round tie against Dagenham & Redbridge.

Callum Harriott, who signed for the club on Wednesday, is unlikely to be involved after joining on a short-term contract.

Having made his first start in the 0-0 draw at Crawley, Joe Gbode will be in the matchday squad once again. However, it remains to be seen if he will keep his starting place. Olly Lee has been training as he builds his fitness, while Glenn Morris will not play until 2023. 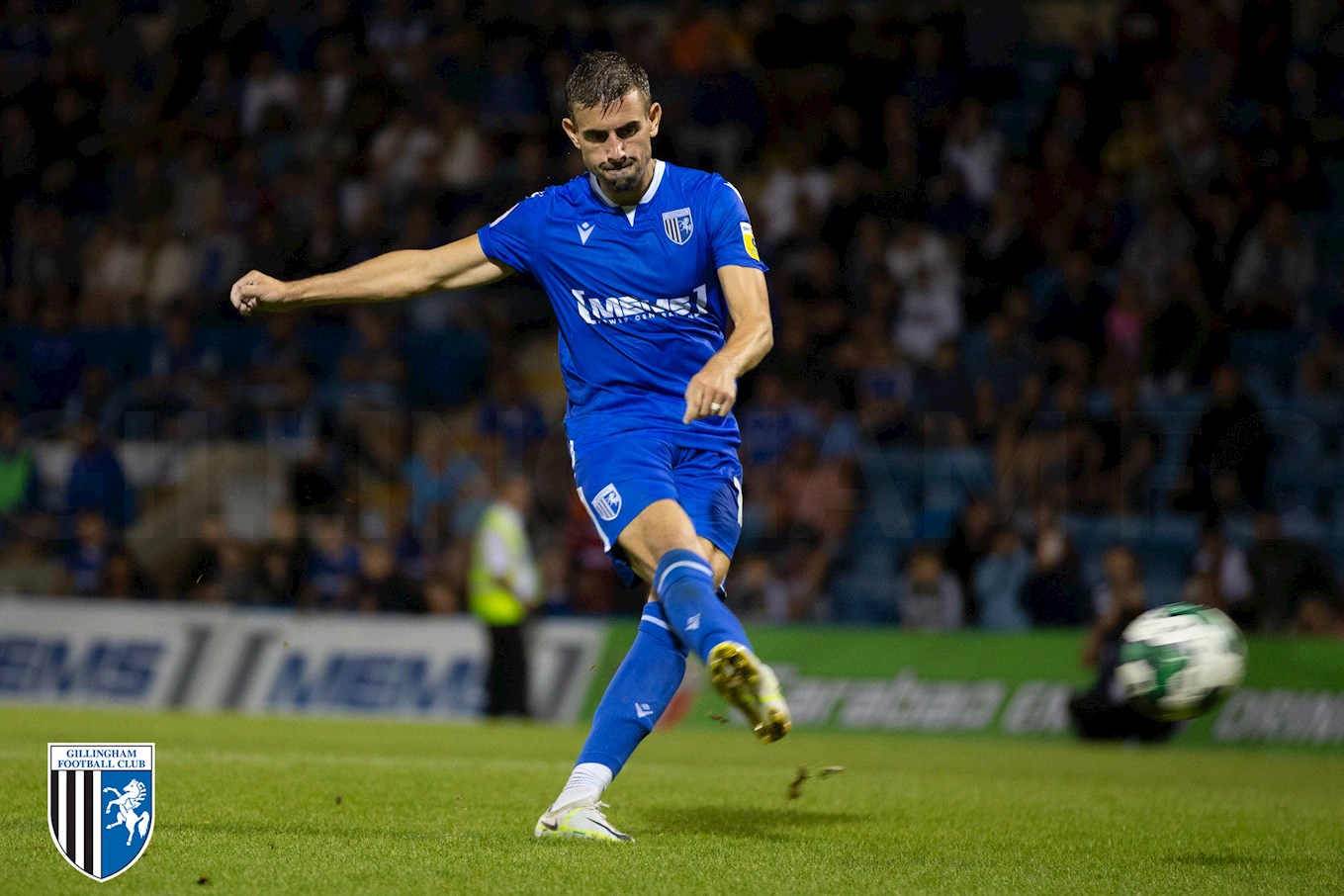 Jay Bird could feature after scoring the winner in Dagenham’s 2-1 win against Scunthorpe at the weekend. Former Gills players Josh Hare and Myles Weston are likely to start against their former club, but Paul McCallum is unlikely to feature due to injury.

Daryl McMahon - “I think that everyone is in a relaxed mood. We know that we’ve got a tough game against a good opponent. We’re fully focussed on the game and are looking forward to it.”

Neil Harris - "Dagenham & Redbridge are a settled club; we know what to expect. It will be a very even game.

"I think it will be open, they like to get it wide and in the box.

"We want to be in the third round draw." 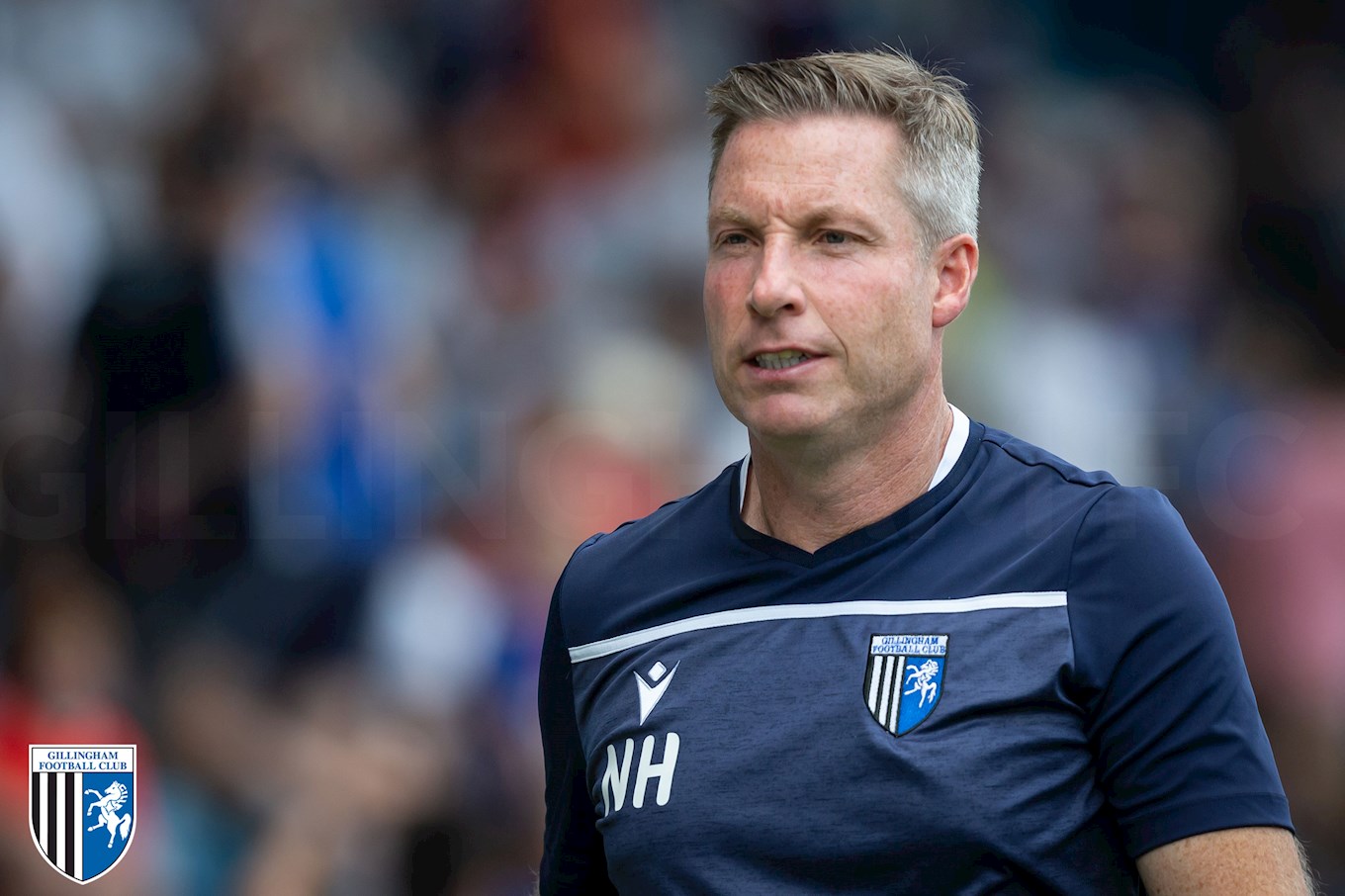 The last time the two clubs met came in February 2013 during Gillingham’s League Two title win at the MEMS Priestfield Stadium. Leon Legge gave the Gills a first-half lead as he thumped home from inside the penalty area. Despite the assistant ruling it out for offside, the referee overruled him and awarded the goal.

Femi Ilesanmi equalised for the Daggers seven minutes into the second half as his powerful effort beat Stuart Nelson. Deon Burton scored the winner with a little over 20 minutes remaining from the penalty spot. Anton Robinson ran through on goal and was brought down by Chris Lewington as the referee pointed to the penalty spot.

Burton stepped up and calmly slotted the ball into the bottom right corner as Gills won all three points.

Gillingham’s last trip to Victoria Road came in August of that season, and it ended in a 2-1 victory. Deon Burton put Martin Allen’s side in front at the half-hour mark. He headed Matt Fish’s cross into the bottom corner and out of the reach of Chris Lewington. The Gillingham lead lasted just four minutes as Dagenham won a penalty.

Stuart Nelson came off his line to close down Dwight Gayle, but the striker took it around the goalkeeper before being taken down. Gayle stepped up and thumped his effort into the back of the net as Nelson went the wrong way.

The game remained level till just after the hour as Myles Weston regained Gillingham’s lead. He went on a solo run as he went beyond a couple of Dagenham defenders before drilling his shot beyond Lewington. The win proved to be the club’s first and only ever win at Dagenham & Redbridge.

The club has been allocated 879 tickets for the fixture. Away supporters will be situated in the SD Samuels Stand.

Tickets will go off sale on the club’s ticket website at 1pm on Friday, but will be available to purchase through the Dagenham ticket portal until 2pm on Saturday. 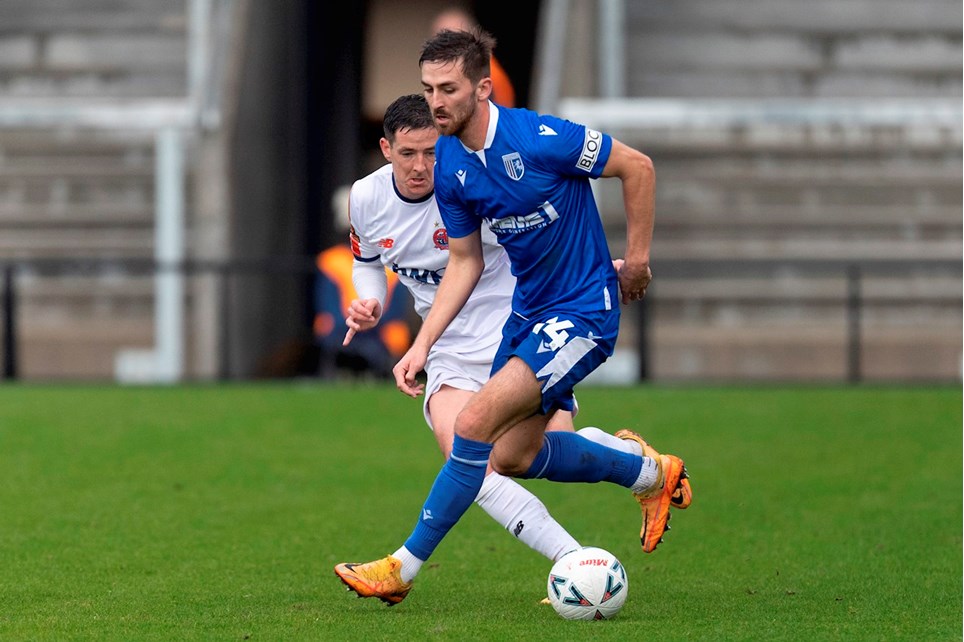 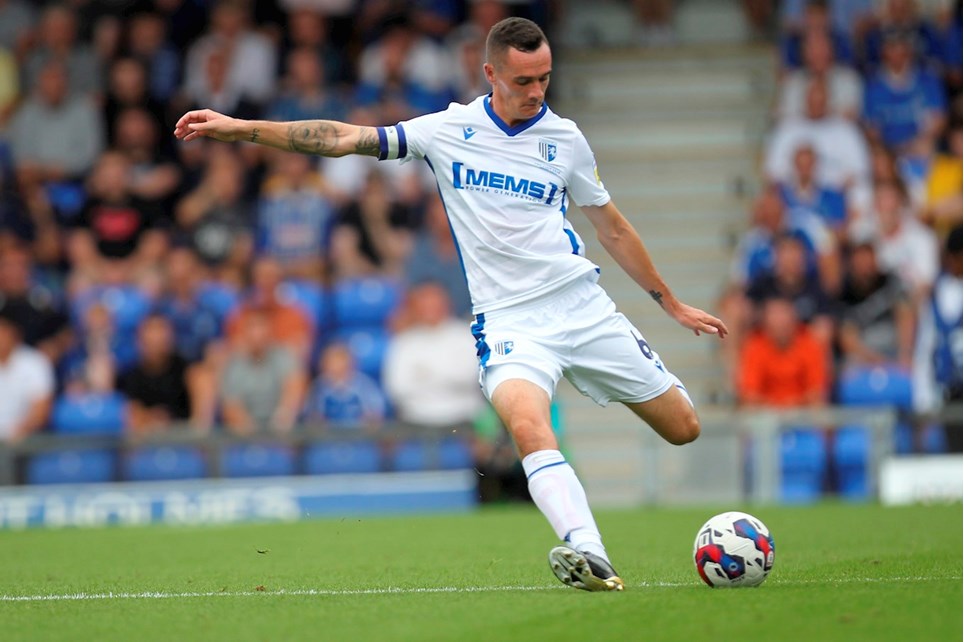 
Gills boss Neil Harris could welcome back Shaun Williams and Olly Lee to his matchday squad ahead of the trip to Doncaster on Saturday. 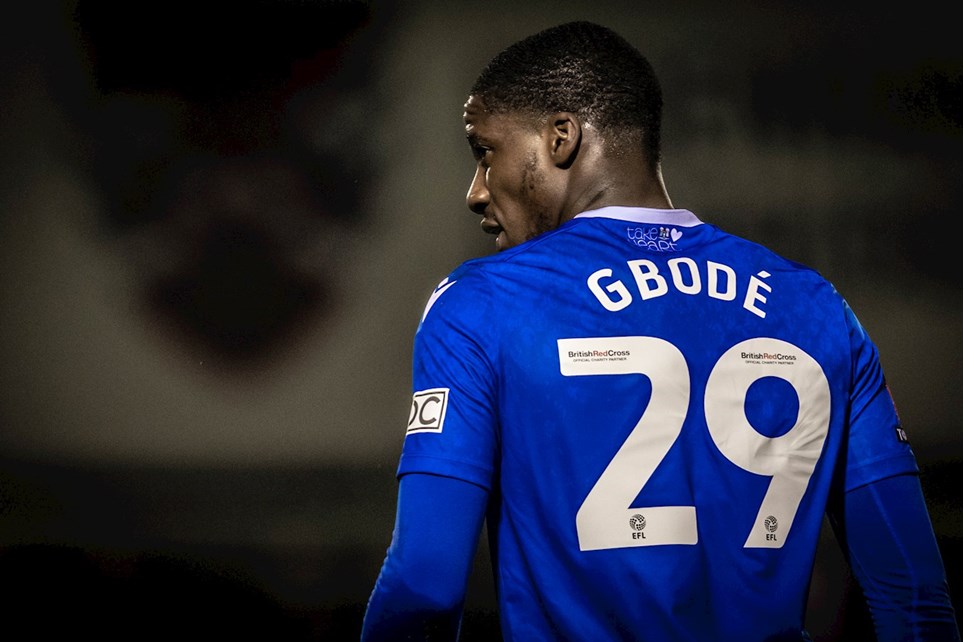 
Neil Harris could make changes to his starting XI for Gills trip to Crawley in League 2. 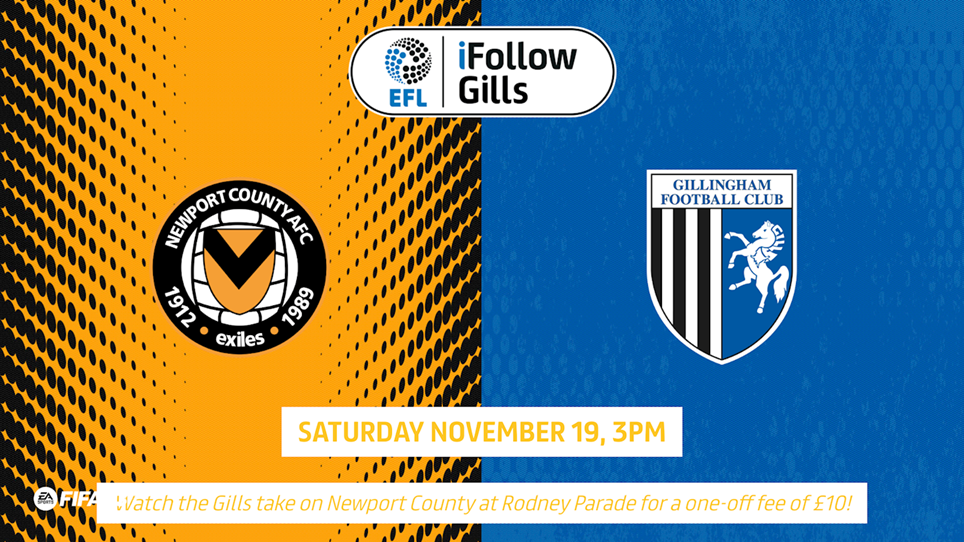 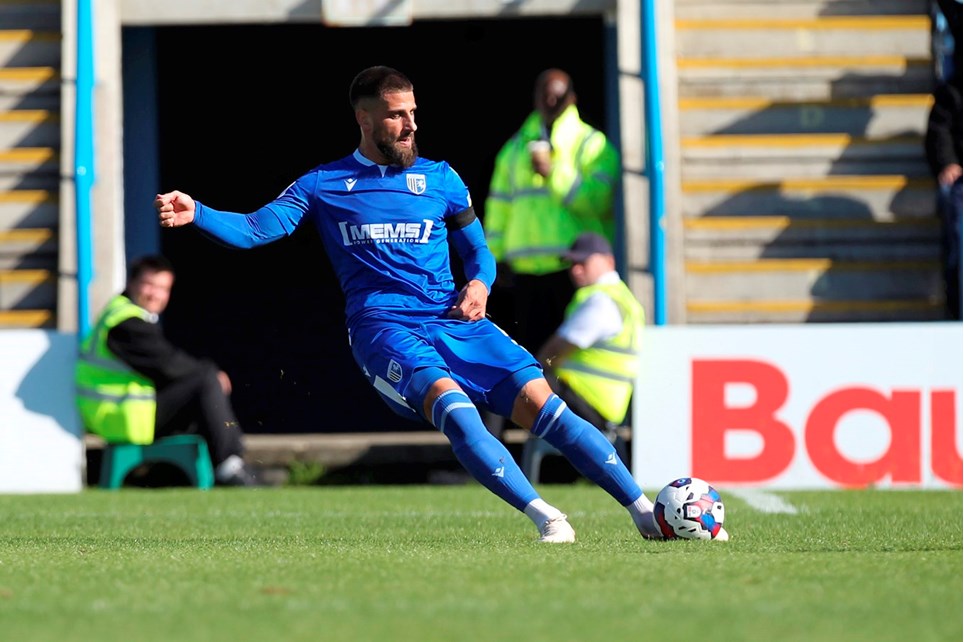