Pay £10 and stream the Gills Papa John's Trophy group stage fixture against Brighton U21 on iFollow.

Gills are back at ME7 on Tuesday night for their second Papa John's group stage fixture against Brighton's U21 squad.

Neil Harris' men were defeated 3-0 at the Valley last month against Charlton but a win over the Seagulls would give them a strong chance of qualifying for the next stage. Brighton also lost their opening game to Colchester.

A host of changes is likely to be made with a couple of younger players competing for a place in the team.

If you are unable to make it to the stadium then you will be able to stream the game via iFollow for a one-off fee of £10. Once purchased you will gain access to the live TV pictures from approximately 30 minutes before kick-off, with BBC Radio Kent providing the commentary.

EFL Digital will provide match graphics and live replays. Click the below graphic to purchase your pass. Kick-Off is at 7pm. 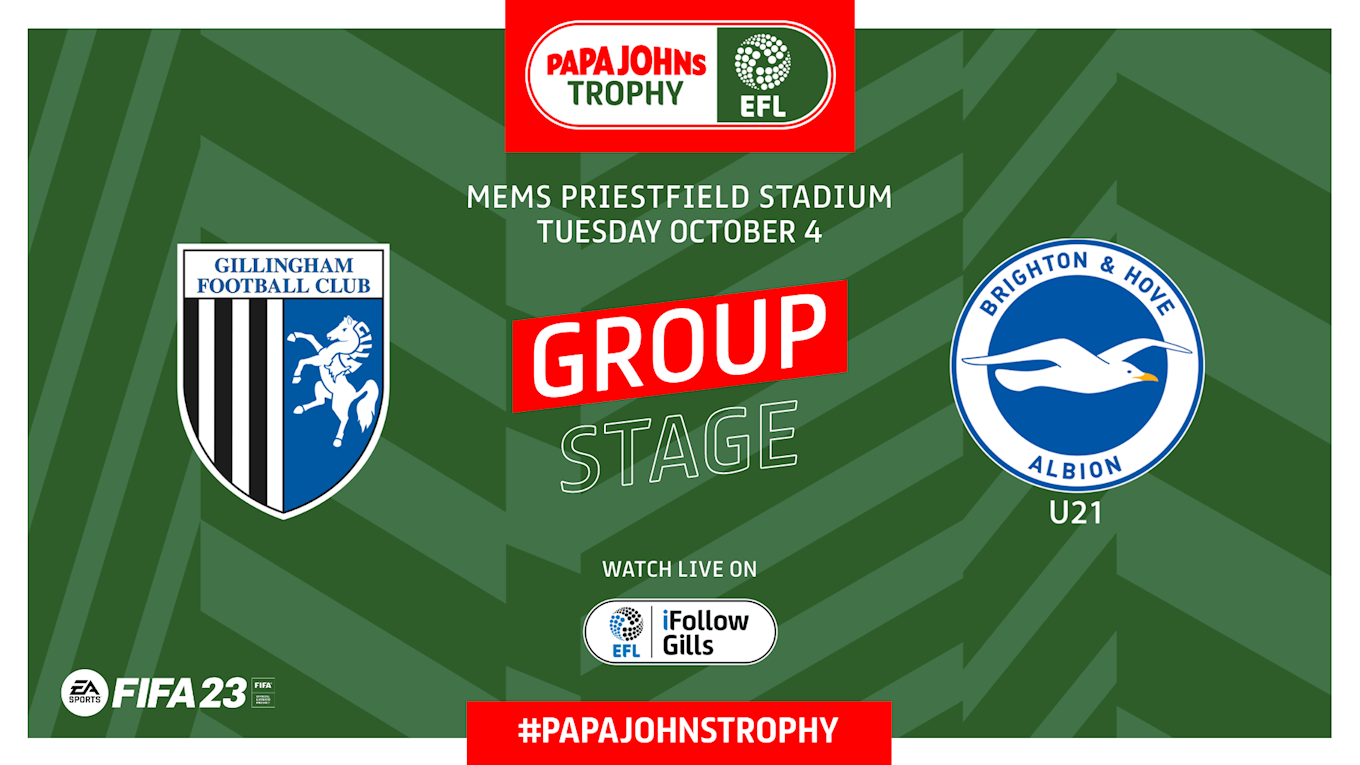