Olly Lee was a happy man as Gills left it late to secure a 1-0 win over Rochdale at MEMS Priestfield Stadium on Sunday.

The Gills dominated for long spells in the second half and hit the woodwork twice through Alex Jaukubiak and Brandon Hanlan.

Despite the long barrage of the Rochdale goal without reward, the Gills midfielder was not worried by it.

Lee said: “I honestly felt like we were going to score, it was just a matter of time until we did.

“We were creating quite a lot, especially in the second half and their keeper has made a few saves. They also had a few last ditch tackles, but I just felt it was going to go in for us today.

“Thankfully, Connor stepped up and got us the winner.” 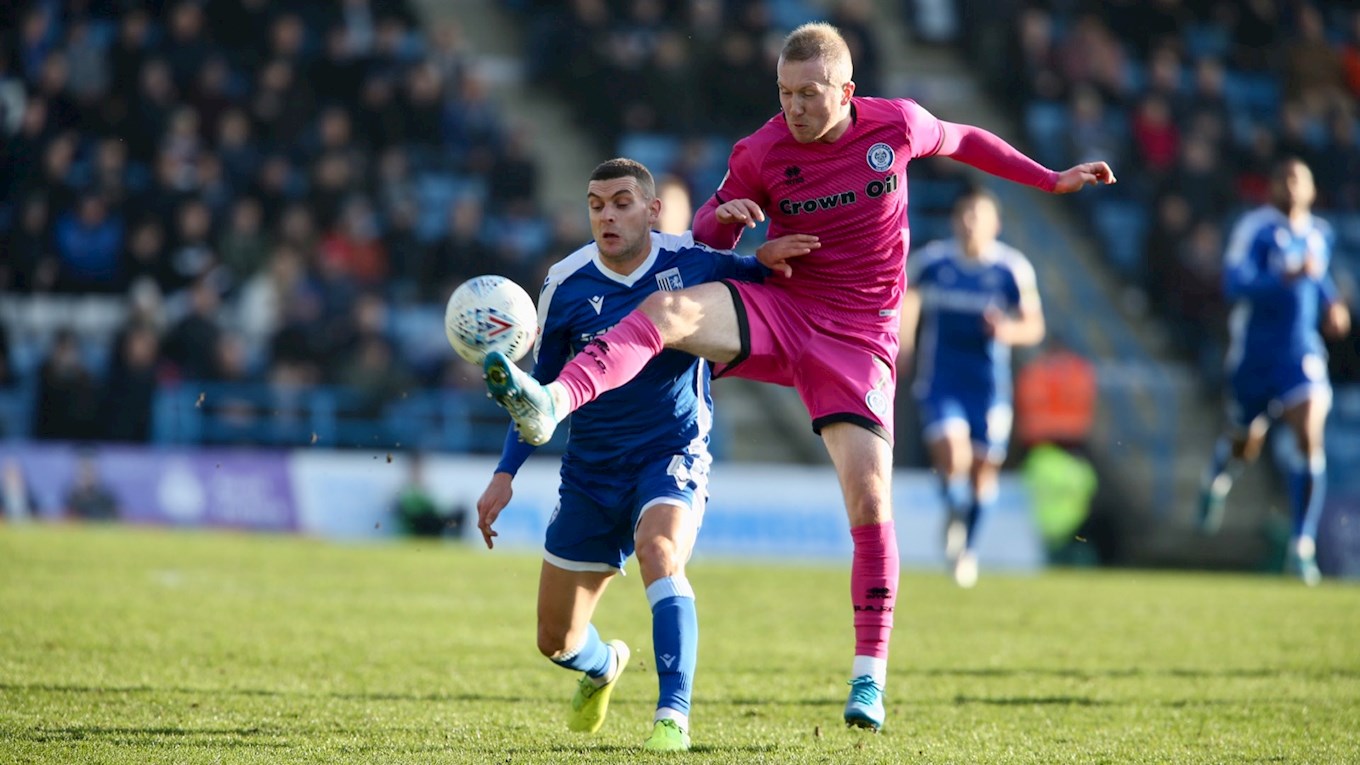 The crowd played a real part in the game today pushing the players on until the final whistle and Lee was full of praise for them.

He said: “I can’t speak highly enough of the fans, they've been brilliant for us and I feel like they suck the ball into the goal.

“It was loud today, a really good atmosphere. We really enjoy playing and we thrive upon it.”

Connor Ogilvie received the man of the match award having scored another late winner in front of the Rainham End and Lee spoke highly of the defender.

“I’ve been really really impressed with him since I’ve come in, he’s a top man and he’s playing really well. Whether it’s left-back or centre-back he’s got real quality on the ball.

“He’s good in the air, he’s strong on the ball at his feet and he’s a top defender.”

In stoppage time there was a touchline brawl which resulted in a red card for Rochdale’s MJ Williams.

Lee, who was on the subs bench at the time, thought that seeing the players defending one another was a big sign of how strong the togetherness of the squad is.

The midfielder said: “We’ve got a close knit group and there’s 20 of us lads fighting for spots. We all stick together.

“It’s all good natured, but we fight for each other.”