One of Gills new signings reacts after convincing win at Faversham.

Gills defender Lee Hodson said there were plenty of positives to take from Saturday’s win over Faversham Town at Salters Lane.

The visitors ran out 9-1 winners with Nathan Thomas and Mikael Ndjoli both scoring two each, and Hodson said it was important to maintain the tempo that was applied in the first 20 minutes.

Speaking to the club website after the game he said: “I thought we were very professional today, we needed to come here and have the right attitude because you can come to places like this during pre-season, think it’s going to be too easy and end up making things difficult for yourselves as a team. 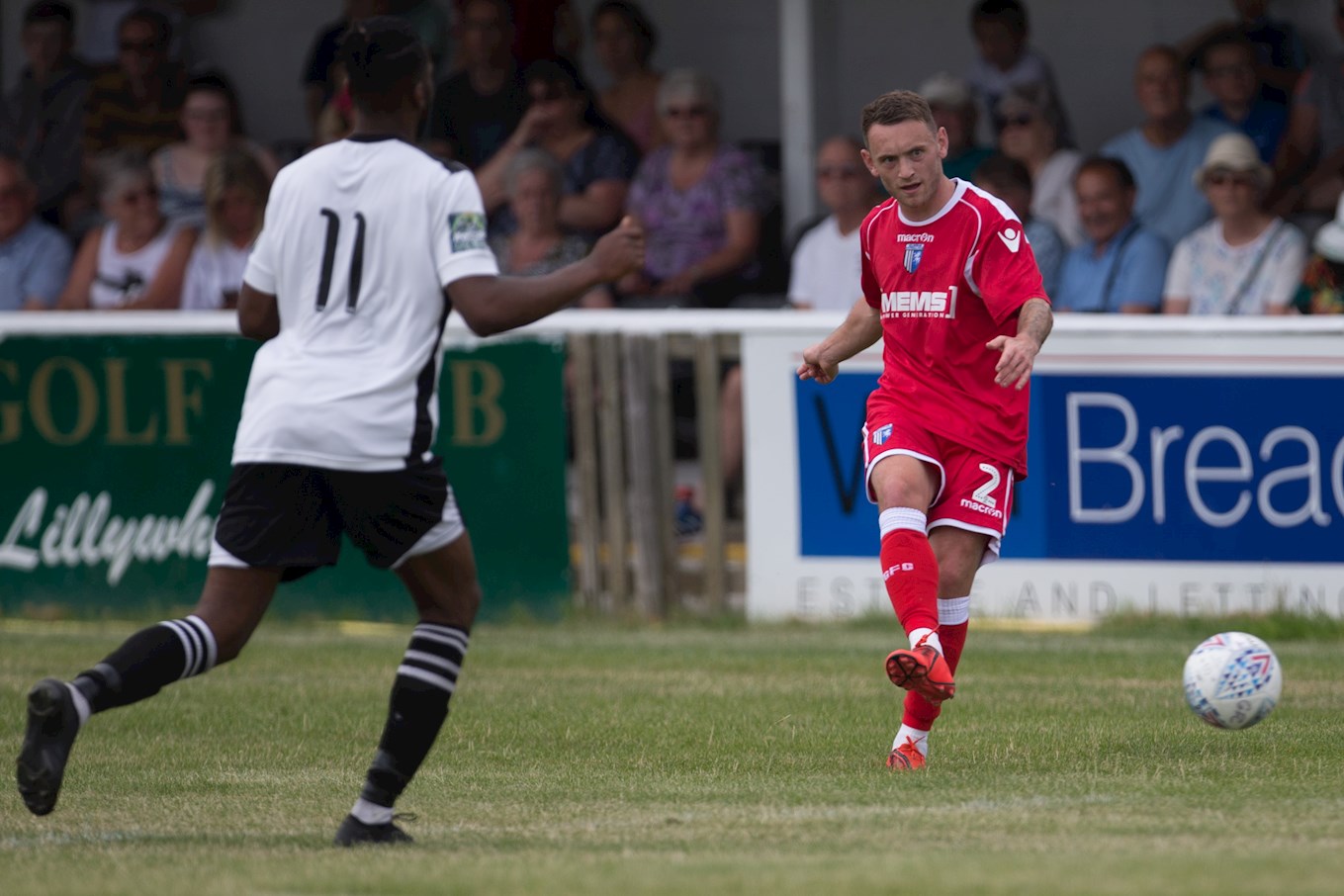 “Today we applied ourselves well; there are still things we need to improve on as a team but I thought it was positive. There was plenty of good stuff, we did the job we wanted to do and we go again next week now.

“The fitter we get and the more minutes we get the longer we can keep doing the things needed to win games.”

Hodson joined the Gills on a two-year deal last month and is raring to go ahead of the new league season.

He added: “I feel good; that was our second 45 minutes in a matter of days so towards the end it gets heavy on the legs, but you need that. It’s been a good first week and we are now looking forward to the first game, which will be huge for us.”