Gillingham manager Steve Evans admitted his side weren’t at their best in their 1-0 victory over Southend United on Tuesday night but applauded his team on their battling qualities to clinch victory.

Connor Ogilvie latched on to Jordan Graham’s cross to head home with over an hour played, his fourth goal of the season, to earn the Gills all three points.

Evans said: “We were really poor first half, I think we looked disjointed. We went in at half time, had to make a change, and first ten, fifteen minutes of the second half there wasn’t much improvement really. Then I think we dominated proceedings, apart from the odd counter attack.

“We scored a good goal, we missed a couple of good, half-chances to kill the game. But we got the win, and at this stage of the season we came here looking to win, and we win.”

The manager praised the impact of Jordan Graham, who came off the bench at half time and delivered the cross to set up Ogilvie for the winner. Evans said: “You can tell when he played in a good Wolves team how good and exciting a player he was. Because if you give him good possession in the final third, any full back at Championship or League One level has a real problem dealing with him.

“It’s a fantastic cross for the goal, but his first introduction to the play was he goes by the full back and puts a wonderful cross in, and it’s deflected for a corner, but we should score.” 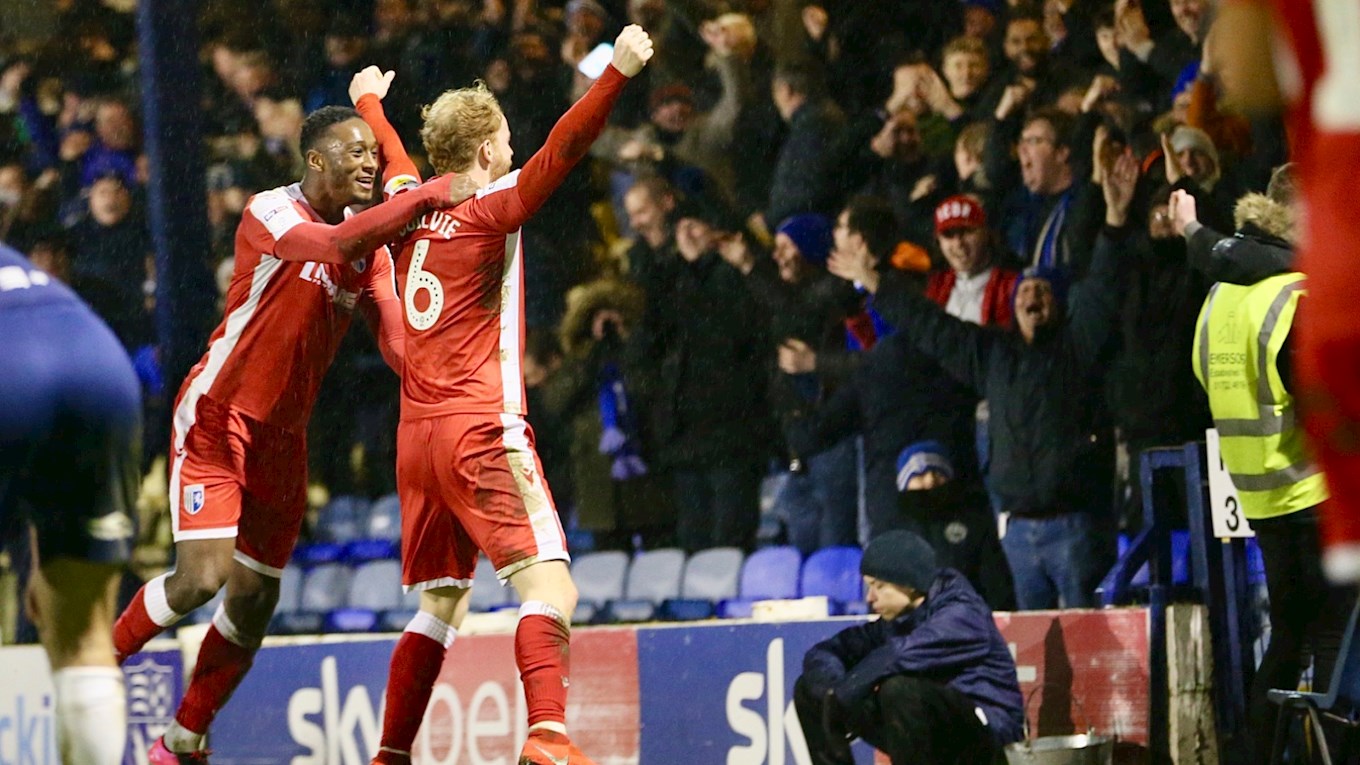 Evans also praised the efforts of the 877 travelling Gills fans, who battled tough conditions to make it to Roots Hall. He said: “They were incredible. You can see first half they were a little bit quiet, but in the second half, the introduction of Graham, puts a couple of good crosses in and suddenly the fans are on the front foot.

“The fans are singing, we score, brilliant reaction. Three points is always worth it when you’re travelling up.”