Steve Evans admits he “persevered” with new signing Jordan Roberts after failing to secure his signature in the August transfer window.

The forward arrived from Portman Road last Thursday and made his full debut on Saturday against Peterborough at the Weston Homes Stadium in a 0-0 draw.

On capturing his man, the Manager said:

“My knowledge of Jordan goes back to Crawley where he had a thrilling season and I tried to sign him and he told me he was off to Ipswich in the Championship, obviously a massive club, even now in League One.

“He played 15 or 20 times in the Championship for them but then a change of manager and a change of circumstances has meant this season he hasn’t played until against us in the EFL Trophy and he really tested our back four. We watched him a few more times since and we have been patient." 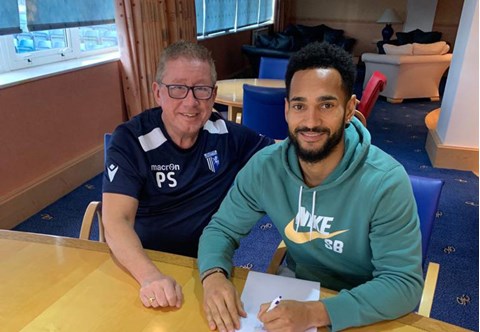 Evans admired the style of Roberts in previous seasons and is glad to finally land the exciting forward for his Gills side who are impressing week in week out in League One at the minute.

“He is here now and we are really looking forward to working with him," Evans added. "There is no promise of game time or no promise of anything, it is just about him coming here and showing us what he can do.

“He can play up front on his own or as part of a two, he can play either side of a front three or the top of a diamond so he has great flexibility but that doesn’t mean he will play all them roles. We have signed him to play up top and we are not going to build up to be something he isn’t but we believe like the others we have brought in that we believe we have signed a good player." 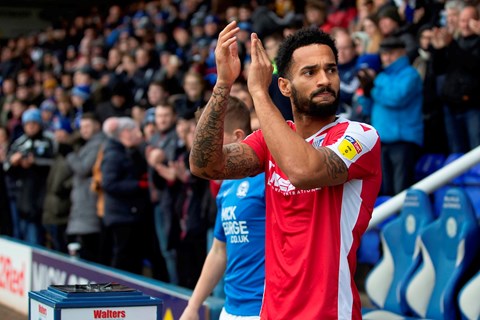 With still two weeks to go until the end of the transfer window, Evans kept his cards close to his chest as to whether there will be new arrivals in ME7 this January.

“If we do no more business this window then so be it but I think there will be more ins and outs. We are making phone calls but you never know how they are going to go. We are not shopping in the same market as the likes of Peterborough.

“We are trying to get transfers in for free or sometimes a low fee but we are trying to complete a jigsaw and we are competing against some big resources in this league and, more importantly, big players."