Can Gills maintain their positive start to the season against MK Dons? You can watch Saturday's game live for just £10 on iFollow!

Steve Evans takes his young Gillingham side to Stadium MK hoping to maintain the club's place in the top six positions in Sky Bet League 1.

The Gills go into the fixture off the back of an impressive 3-1 victory over Oxford at MEMS Priestfield Stadium last weekend, with Vadaine Oliver, Jacob Mellis and Jordan Graham all finding the target.

MK Dons are currently bottom of the table but have produced a number of strong performances, most notably against Portsmouth at Fratton Park last weekend.

Maximum points could put Gillingham into the automatic promotion places if results go their way, but the management are very much focused on getting a strong performance against a side, the Gaffer believes, will be in the top half come the end of the season.

You can see if Gills can record victory by purchasing an iFollow video match pass for just £10 by clicking here. In addition to the match feed, fans will have access to match graphics, replays and commentary from the team at BBC Radio Kent. 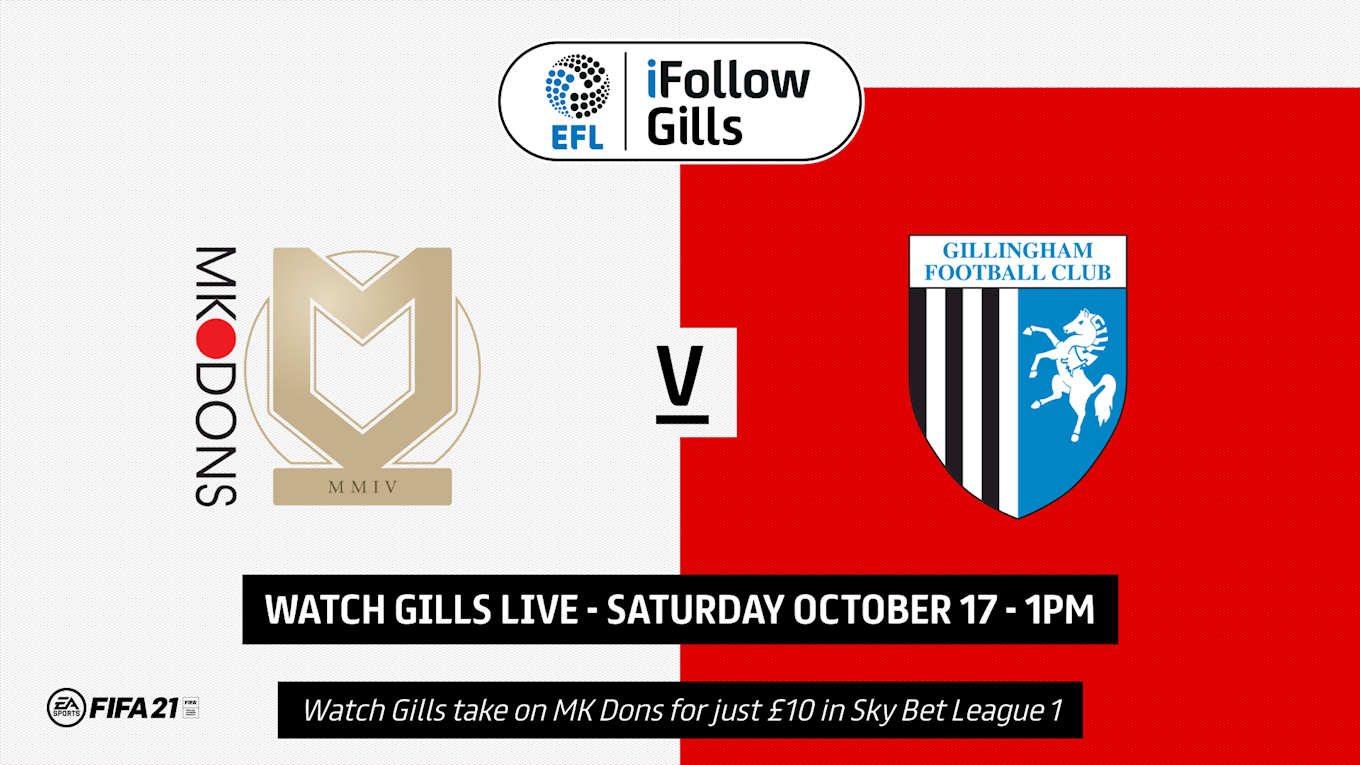