Gills go in search of back-to-back home wins against Oxford.

Kyle Dempsey and Scott Robertson are likely to miss Saturday’s game, but both were back on grass during Thursday’s training session. Tom O’Connor will once again miss out whilst on international duty with Ireland.

Steve Evans is expected to rotate his squad again for Saturday’s game with the likes of Dominic Samuel, Vadaine Oliver, Ryan Jackson and Connor Ogilvie all set to return to the starting eleven.

Oxford United manager Karl Robinson will have Josh Ruffels, Sam Winnall and Alex Gorrin available for Saturday’s game. They will be hopeful that defender Rob Atkinson can recover from the groin injury he picked up on Tuesday.

Steve Evans - "Oxford have an outstanding squad so we will have to be at our very best to get something.

"We have three or four players coming back and with a bit of luck in the next week or two we will have 20 players available."

Karl Robinson - “It will be tough but every away game is the unknown and I have enjoyed the challenge of that.

“Who knows what Saturday has in store for us? I have just been told they play crowd noises during the game which will be different and a first for us. Hopefully it’s not fans singing how much they hate me!”

The last meeting between the two sides ended in a draw in January of this year. Tarique Fosu-Henry put the visitors in the lead before a second half Olly Lee penalty ensured the points were shared at the MEMS Priestfield Stadium.

Gills last victory against the Yellows came at ME7 too. A last-minute Brandon Hanlan goal ensured that Gillingham earned all three points and boosted their survival chances at the time.

The overall head-to-head in all competitions has seen the Gills lead with 19 wins to 14, and there have also been 15 draws. 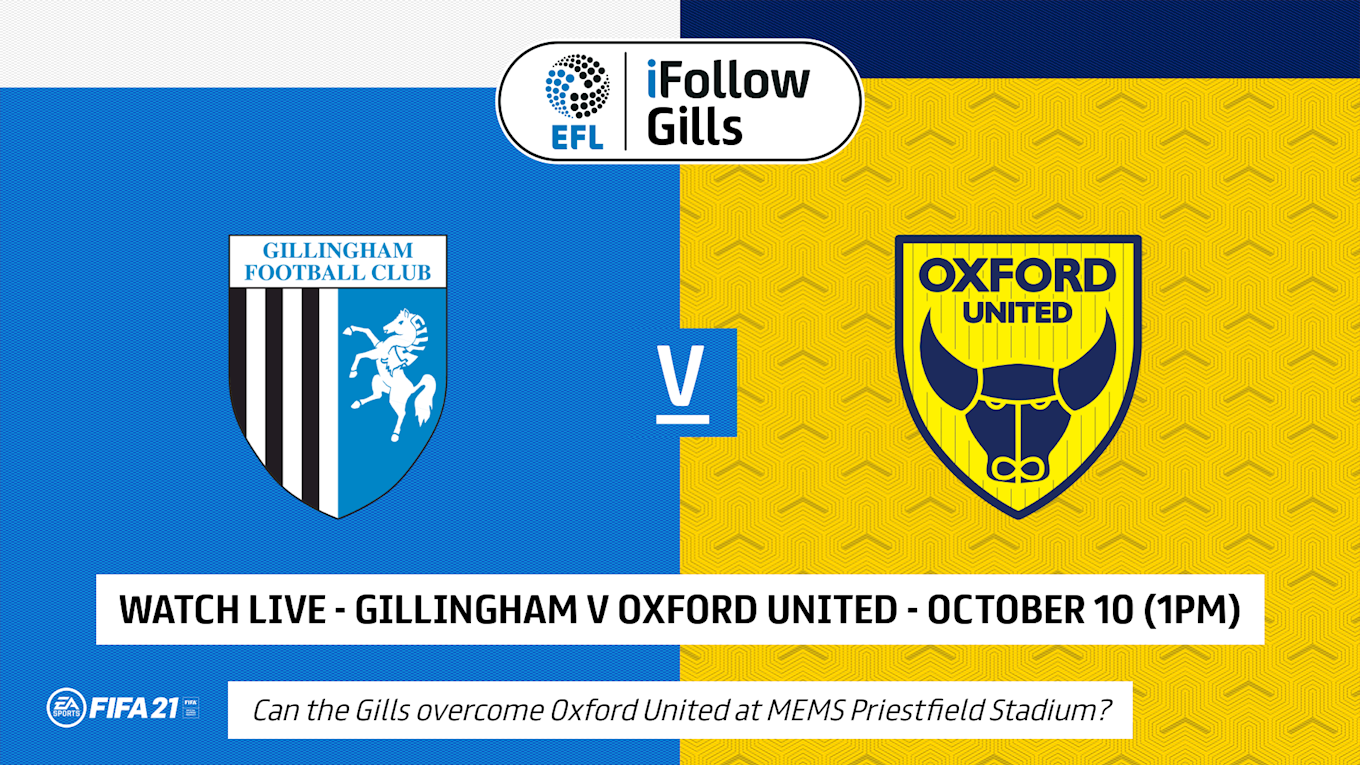