Gerald Sithole and Robbie Cundy will be assessed ahead of Saturday's trip to Burton Albion.

Gerald Sithole has a knock heading into Saturday’s game after playing for the youth team in midweek. Burton may come too soon for the teenager. Paul Raynor also confirmed that there were couple of knocks within the rest of the squad and Robbie Cundy will be assessed on Friday.

Kieran O’Hara could retain his place in goal for Burton having started during the win over Fleetwood in midweek. Jimmy Floyd Hasselbaink could make changes for Saturday’s fixture with his side now safe from relegation.

Paul Raynor - “We finished training today and had a little chat with the guys. We said we want to get six points and we want to finish as high as we possibly can.

“We go to Burton who are on a very good run and Jimmy’s got them playing some good stuff. It won’t be easy, but let's try and get three points there.”

Stuart O’Keefe - “They’ll be a difficult test for us on Saturday, make no mistake about it. We’ll be well aware of how good they are.

“It looks like it will be a good game. There’s not much to play for in terms of relegation and promotion, but it should be a high scoring game. It will be an enjoyable one to watch and definitely enjoyable to play in.”

Jimmy Floyd Hasselbaink - “I would have snapped your hands off if you had told me in January ‘you are going to do it with one game to go. On the last day of the season it’s going to happen.`

“To have done it already [be safe from relegation] – and actually, we were there or thereabouts with five games left – is bloody amazing!"

The last win at Burton came in January 2019. First-half goals from Elliott List and Callum Reilly had put Gills 2-0, but an eight-minute brace from Scott Fraser brought the scores level. Josh Rees scored the winner in stoppage time to bring all three points back to Kent.

Both teams are level with six wins regarding the head-to-head record, with two fixtures ending in a draw.

Be aware that there will be no social media coverage. 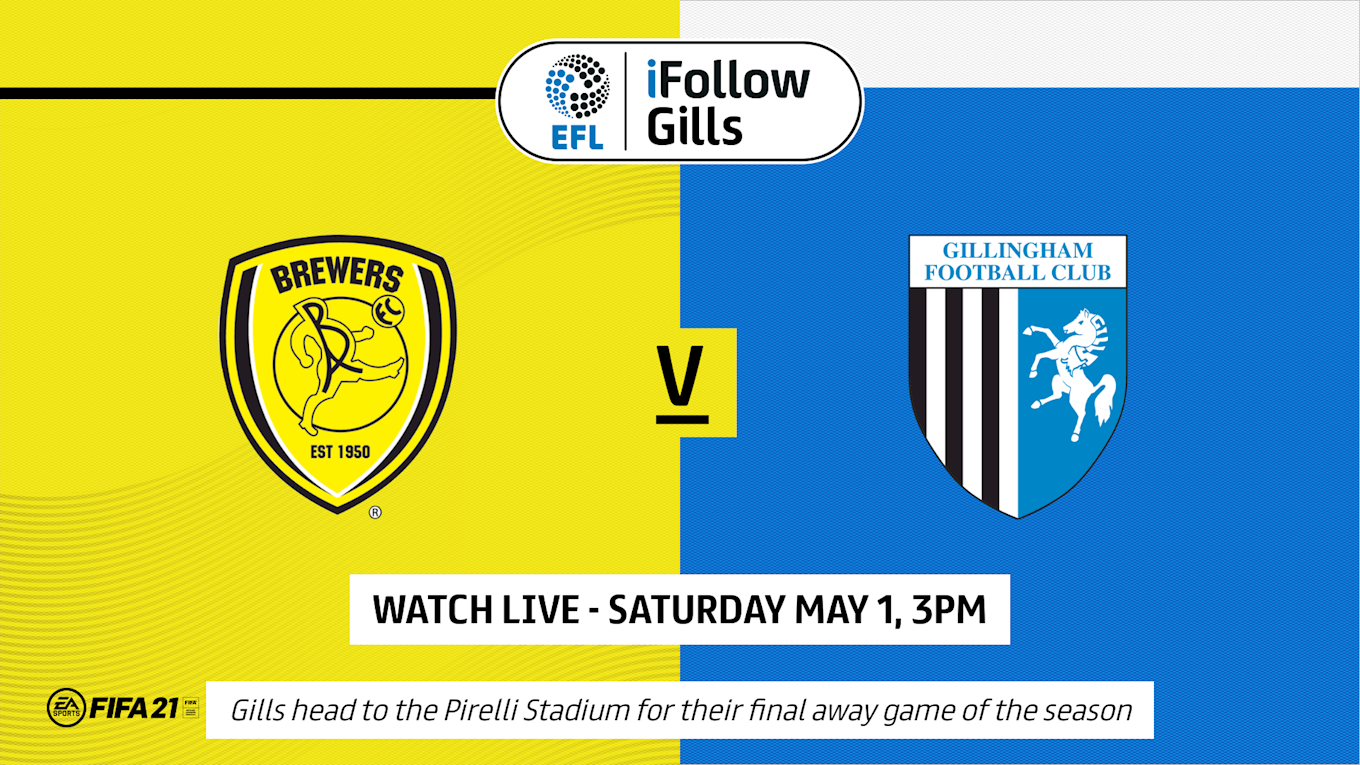