Shrewsbury score twice in the second half to seal 2-1 victory over Gills.

Second-half goals from Tom Bloxham and Sam Cosgrove earned Shrewsbury their first win of the season as they beat Gills 2-1 at Montgomery Waters Meadow on Saturday.

Bloxham scored an overhead kick whilst Cosgrove managed to direct a shot into the bottom corner as the hosts overturned the half-time deficit.

Jack Tucker had put Gills in front during the first half as his header had too much power for Marko Marosi.

Daniel Phillips featured in the team for the first time since picking up a knock in the defeat at Plymouth. Vadaine Oliver was able to shake off his ankle problem in time to start the game.

Daniel Udoh had the first chance of the game in the fourth minute. A cross was curled into the area, and Udoh did well to get across and make a connection on it. However, the ball went wide of the post and hit the stanchion.

In the 13th minute, Jack Tucker gave Gillingham the lead. Kyle Dempsey’s corner was curled towards the centre of the box, and it was an accurate one. Tucker was stood on his own, and his header had too much power for Marosi, who could not keep it out.

Vadaine Oliver came close to adding a second in the 18th minute. Gills did well to push up the pitch, thanks to Mustapha Carayol. After possession around the area, they were eventually able to get the cross into the box through Dempsey. Oliver was the man on the end of the cross but headed over the bar.

Cosgrove put the Shrews in front in the 68th minute. A low ball into the box was met by the forward near the penalty spot. He struck it first time and directed it into the bottom corner.

Ben Reeves came close to levelling the score with just ten minutes to go. After some nice build-up play, the second-half substitute tried his luck. However, Marosi managed to push it away for a corner, which came to nothing.

Daniel Phillips and David Davis were both sent off for second yellow cards deep into stoppage time, after which the full-time whistle blew. 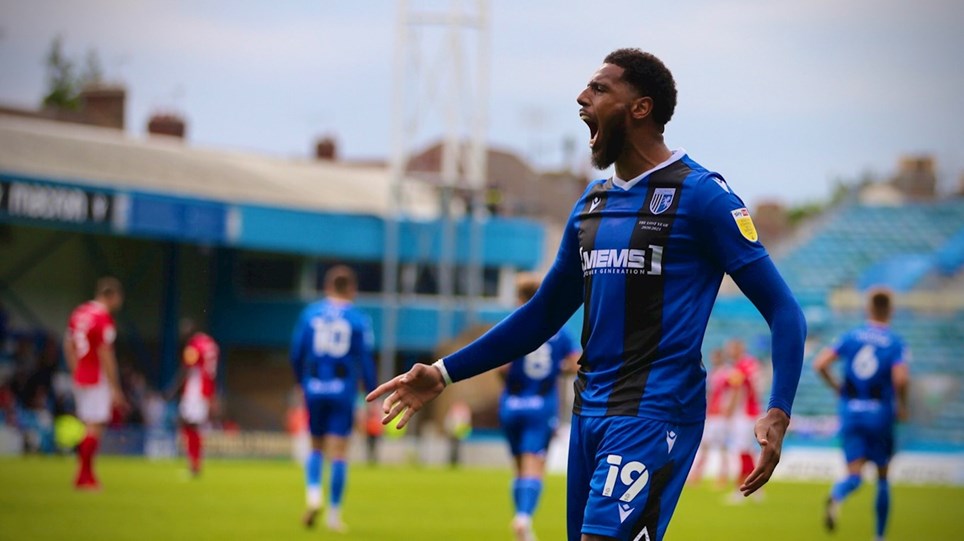 
Big V gets off the mark as Gills seal first win of the season.