Steve Evans takes his Gills side to Leyton Orient on Saturday afternoon with the new league season just one week away.

Gillingham head to the Breyer Group Stadium on Saturday afternoon to take on Leyton Orient with the 2021/22 Sky Bet League 1 season just one week away.

The management staff have been working hard to prepare the squad for the start of the campaign following an enforced COVID break, and the team have just two further pre-season friendlies before the arrvial of Lincoln City on August 7 (3pm).

Paul Raynor said following Tuesday's draw with Millwall that Rob McKenzie is fighting to be fit, although Ryan Jackson is less likely to be involved following a muscle strain picked up last week at Colchester United. Bailey Akehurst, Harvey Lintott and Sam Gale could all be involved again after getting game time during the week.

Gills fans can purchase tickets on the gate with adult seats costing just £5 and U18's just £1. These are unreserved seats and the club have been allocated 400 tickets in total. 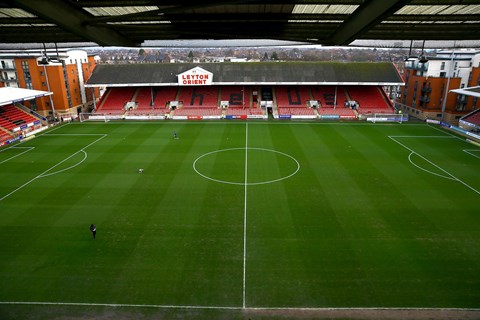 Kick-off is set for 2pm.