A couple of players could be back in contention for Charlton visit.

The only fitness worry for Gills ahead of Saturday’s fixture is Tom O’Connor who has just returned from international duty with the Republic of Ireland Under 21’s. He arrived back at the club on Thursday and it remains to be seen if he is able to start.

Stuart O’Keefe continues his return to fitness following his serious injury, and there are hopes he could be back after the New Year. The only other long-term absentee is Jacob Mellis, apart from that Steve Evans will have an almost full squad to pick from at the weekend. Scott Robertson and Josh Eccles are both pushing for starting places.

Charlton defenders Jason Pearce and Deji Oshilaja, formerly of Gills, may feature in the match day squad as they build their fitness following their returns from injury.

Alex Gilbey and Paul Smyth both could also feature having returned to training. Smyth had a groin issue during the warm up of the Addicks' last home game which saw him miss some time to recover.

Paul Raynor - "The boys are looking forward to the game and they thrive on the big matches.

"Charlton are a big club and Lee [Bowyer] has done a great job; he's a good guy, they have some fantastic players but it's game on.

"We love testing ourselves against the big teams, we are well aware of the threats Charlton have.”

Lee Bowyer - “I get on with Steve. I have that mutual respect with everyone that is in the opposite dugout and Steve is no different.

“He’s doing a great job there, I have to say that, I know it is difficult for Gillingham financially and he’s put a squad together and he is getting the best out of them. It is a tough place to go.

“The one thing his players do is give him 100% and I’ve seen that in the games I’ve watched. It is definitely going to be a tough game, my players will have to be ready physically, then we have to do what I like them to do, so it will be an interesting game.”

The last meeting at the MEMS Priestfield Stadium came in April 2019, and it was the penultimate game of the season. Charlton won the game with two first half goals from Joe Aribo and Josh Cullen.

The last league win against The Addicks at MEMS Priestfield Stadium came in September of 2017, and it was a historic one. Tom Eaves’ goal just after half-time secured all three points for the Gills, and it would be the club's first victory over Charlton since 1929.

Charlton lead the head-to-head with 16 wins in comparison to Gillingham’s six. There have also been 12 draws with the most recent one coming in October 2016.

Once logged in, access the match centre approxmiately half an hour before kick-off and you should be able to click a "Watch Now" icon which will give you the feed to the live pictures. Just before kick-off you should also receive aduo from BBC Radio Kent. 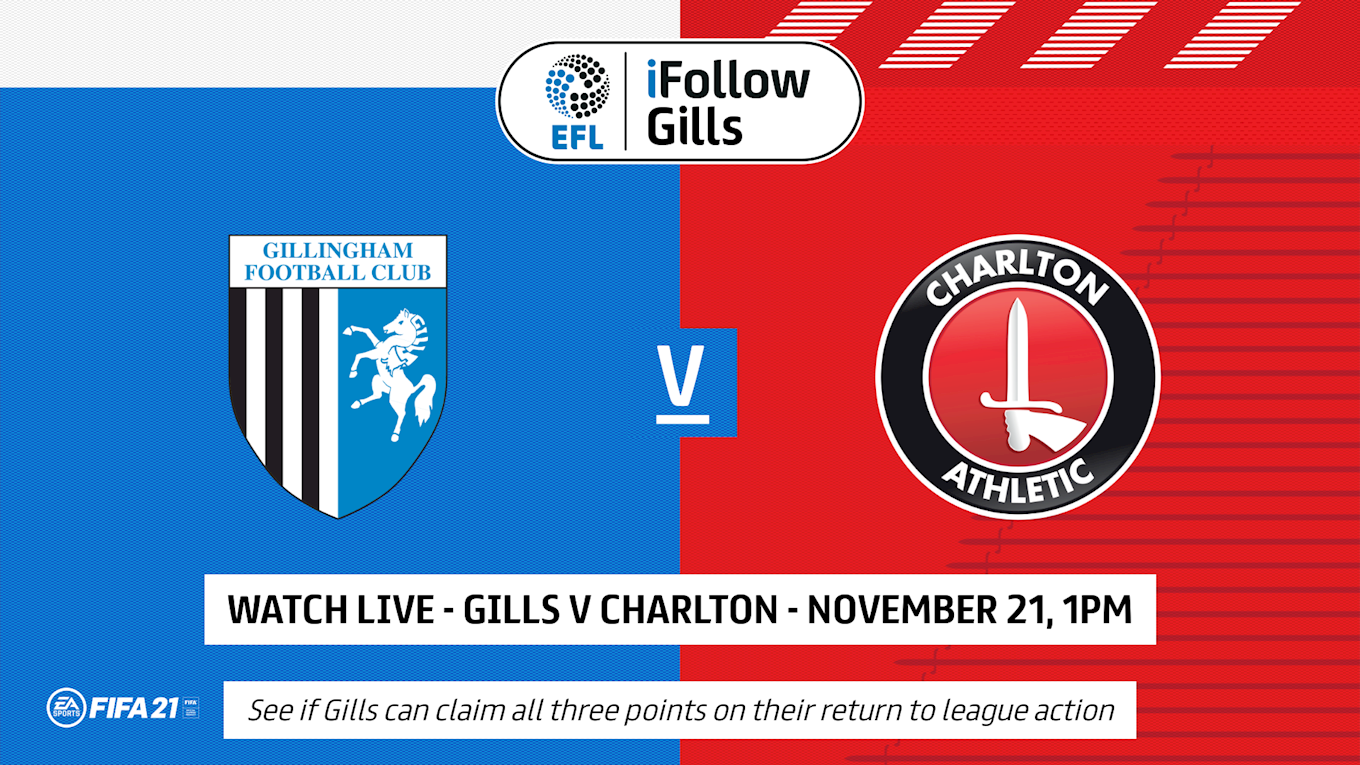